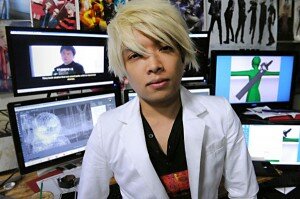 It is with a heavy heart I report that Monty Oum, animator at Roosterteeth Productions, passed away on Sunday, February 1 at 4:34pm at the age of 33. He suffered a severe allergic reaction during a medical procedure that left him in a coma for ten days, and was unable to recover. The news was released to the public on Roosterteeth’s website at 12:20pm CST, causing quite a shock in the community. On Friday, January 30, news of Oum’s hospitalization was posted but did not share any specific information about the animator’s condition out of respect for his privacy.

Monty Oum is best known for his animation and choreography work at Roosterteeth that began in 2010. He worked closely on Red vs. Blue, an animated tale following two teams of soldiers in the Halo universe, and RWBY, an action series featuring characters based off of classic fairy tales like “Red Riding Hood” and “Snow White.” Oum is credited as the creator of RWBY, which won “Best Animated Series” at the 2014 Streamy Awards, and also voiced the character Lie Ren in the series. He is survived by his wife Sheena, his father Mony, his brothers Woody, Sey, Chivy and Neat, and his sisters Thea and Theary.

Upon the release of Friday’s news a funding site was posted by Roosterteeth to help Oum’s family with the medical expenses. The goal of $50,000 was reached in less than three hours, and financial support continued to pour in from friends of Oum’s family, fans of his work, and generous members of the Roosterteeth community. Within three days over eight thousand people donated an amount of nearly $200,000. At this time the fund is still up, and anyone wishing to show their support for Oum’s wife, Sheena, and his family can donate here.

In addition to financial support shown over the weekend, fans of Oum’s work took to social media to wish the animator a quick recovery. Artwork of RWBY characters wishing their creator good health, along with videos of RWBY cosplayers wishing Oum well, appeared. Now that the news of Oum’s passing has been reported fans are posting artwork and journals thanking Oum for the work he accomplished in his lifetime and the creative inspiration he provided. Roosterteeth employees are posting their own journals on the company’s website recounting their experiences with Oum and how he affected their lives.

In lieu of flowers or gifts fans are asked to do something creative in remembrance of Monty Oum, and use their imagination “to make the world a better place in any way that you can.” He will be missed dearly by family, friends, and all those touched by his creativity.

“Can you match my resolve? If so then you will succeed. I believe that the human spirit is indomitable. If you endeavor to achieve, it will happen given enough resolve. It may not be immediate, and often your greater dream is something you will not achieve within your own lifetime. The effort you put forth to anything transcends yourself, for there is no futility even in death.”

‘Guardians of the Galaxy’ Anime Debuts in Japan
All That's Retro