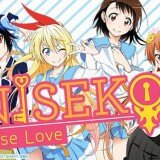 The sun is shining, the birds are singing, and we hopefully do not have to dig through several feet of snow to reach our cars. It can only mean that spring is here, signaling a season of renewal and rebirth, as well as a new season of anime!

With over fifty new series beginning in late March and early April, as well as countless new seasons of ongoing anime series, it can be a bit difficult figuring out which anime to invest your time in. Luckily, we here at All That’s Epic may be able to help you out! The Japanese anime survey site Charapedia, with the assistance of its 10,000 registered users, ranked the most anticipated anime of the Spring 2015 season. Here we present the top ten from that list for you, along with short synopses of each series and their release dates. Hopefully this list can help you in setting up your queues for the new season!

In 2012, the world allegedly comes to an end at the hands of a human-made virus leaving only children alive, allowing vampires and age-old horrors to emerge from the depths of the earth. The vampires subjugate the remnants of humanity, promising their “safety” beneath the earth in exchange for their blood. Yuichiro, who lost his newfound family of orphans to the horrors of the new world structure, dedicates his life to destroy vampires and seek revenge for his family. Based off the dark fantasy manga of the same name, this series by Wit Studios is set to premiere April 4 on Tokyo MX.

9. The Disappearance of Nagoto Yuki-Chan

This series is based in the alternate universe originally depicted in the fourth volume of the Haruhi Suzumiya light novel series and the film of the same name, The Disappearance of Haruhi Suzumiya. In this universe Haruhi never formed the SOS Brigade, and Yuki Nagato does not play a stoic alien but a shy and tentative girl who develops feeling for her fellow literature club member, Kyo. The series is based off of the ongoing spin-off manga of the same name, and may require knowledge of the original Haruhi Suzumiya series in order to fully grasp the larger story. This series by Statelight will begin airing April 3 on Tokyo MX.

8. The Heroic Legend of Arslan

This story follows Arslan, the crown prince of Pars, after it has been taken over by the neighboring nation of Lusitania. After barely escaping with his life, Arslan and his companions fight against overwhelming odds to assemble an army strong enough to liberate Pars from the Lusitanian army that is led by the elusive warrior known as “Silvermask.” One of the unique features about this story is that though it is a fantasy world where magic is present, that magic is extremely limited nature. Also, the world lacks the fantasy races, such as elves or dwarves, and instead focuses on human nations. With its origins in the fantasy novel of the same name, this series produced by the animation studio Sanzigen will premiere April 5 on Japanese News Network stations.

7. The Labyrinth of Grisaia and The Eden of Grisaia

Though two separate anime, these two series are paired together as parts two and three of a trilogy. These anime follow the events of The Fruit of Grisaia, where Yuji Kazami transfers to Mihama Academy, a school with only five female students who all have their own “circumstances” for being there. The Labyrinth of Grisaia is a collection of sequels for the five heroines, and also includes a prequel story for the hero and several short stories within the world. The Eden of Grisaia continues the main route from Labyrinth and wraps up the trilogy. Each anime will follow the events of the visual novels, or interactive fiction games, by the same name. To jump into these two series it would be best to see the first in the trilogy, The Fruit of Geisaia, which is available on the anime streaming site Crunchyroll. Produced by 8bit studios, Labyrinth is set to premiere April 12 and Eden April 19 on Tokyo MX.

With dreams of becoming a composer and writing a song for her favorite idol, Haruka Nanami enters Satome Academy, a prestigious and eccentric performing arts school. With so many potential composers and idols, Haruka’s dream of joining the Shining Agency after graduation will not be easy. And, with the school being such a chaotic environment, absolutely anything can happen. Maji LOVE Revolutions is the third installment of this popular anime, following the story established Maji LOVE 1000% and Maji LOVE 2000%. Being the third season, it is best to catch up on seasons one and two on Crunchyroll before jumping in. A-1 Pictures produce this series based off of the popular comedic romance visual novel Uta no Prince-sama. Its new season will begin airing April 5 on Tokyo MX.