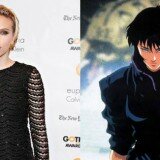 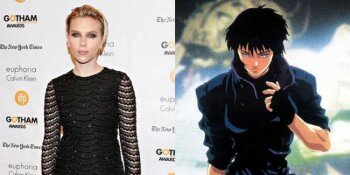 Recently, it was announced that Dreamworks would be creating a live-action version of popular anime, Ghost in the Shell.  This anime has amassed quite a large following over the past decade, and when it was announced that Avengers and Lucy star, Scarlett Johansson, would be playing Major Motoko Kusanagi, fans were none too pleased.  Fearing that Hollywood was “white-washing” Ghost in the Shell, it was suggested by many that Pacific Rim star Rinko Kikuchi would be a better choice for the role of Kusanagi.  Since none of the fans’ pleas have seen to go through as of yet, a petition has been started in hopes of ousting Johansson from her part in the Ghost in the Shell film.

The petition, hosted by Care 2 Petitions, is already nearing 30,000 signatures. The petition description reads as follows:

“Fans of the iconic 1995 animated Japanese sci-fi film Ghost in the Shell have been anticipating a live-action remake for years — but now, instead of casting an Asian actress, Dreamworks has selected Scarlett Johansson for the lead role! The film revolves around Major Motoko Kusanagi, a member of a futuristic security force tasked with tracking a mysterious hacker.

The original film is set in Japan, and the major cast members are Japanese. So why would the American remake star a white actress? The industry is already unfriendly to Asian actors without roles in major films being changed to exclude them. One recent survey found that in 2013, Asian characters made up only 4.4% of speaking roles in top-grossing Hollywood films.

Dreamworks could be using this film to help provide opportunities for Asian-American actors in a market with few opportunities for them to shine — please sign the petition asking them to reconsider casting Scarlett Johansson in Ghost in the Shell and select actors who are truer to the cast of the original film!”

What do you think about the casting of Scarlett Johansson in Dreamworks’ Ghost in the Shell? Now is your chance to cast your vote! Let us know what you think in the comments below.

‘Guardians of the Galaxy’ Anime Debuts in Japan
All That's Retro