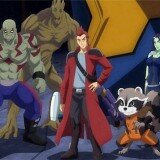 ‘Guardians of the Galaxy’ Anime Debuts in Japan 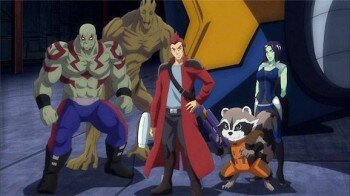 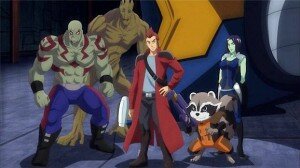 Guardians of the Galaxy is shaping up to be the top grossing film of the year. In Japan, the GOTG bug is spreading like wildfire and a new anime series has debuted based on the same lovable characters.

The sad thing for those who love anime is that people outside of Japan are unable to view it, even through services such as Netflix and Amazon. With that, there is a clip below that will provide a little entertainment to soothe those Marvel withdrawals.

Marvel Animation is also working on a Guardians of the Galaxy series, which will more than likely air alongside Avengers Assemble, Hulk and the Agents of S.M.A.S.H. and even Ultimate Spider-Man: Web Warriors. These shows air in the states so if Marvel Animation does go for a Guardians series, we should have it all to ourselves.

Check out the Guardians of the Galaxy anime clip below:


anime Guardians of the Galaxy marvel