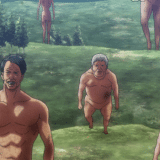 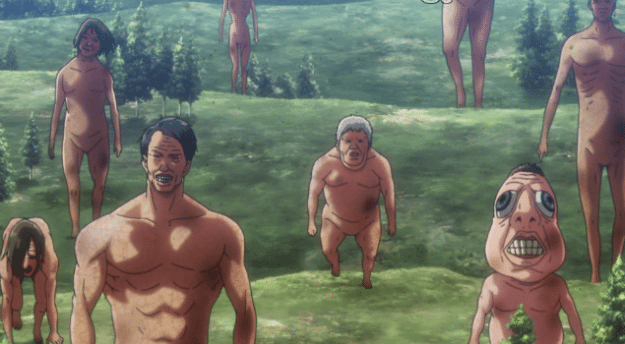 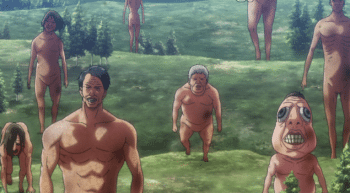 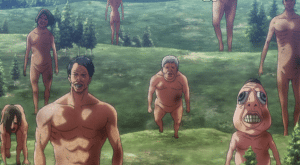 The last episode of Attack on Titan introduced viewers to Titans in the walls, a furry as heck abnormal, and Titans who seemed to have been upping their running game. Some of our favorite characters made a comeback — like Eren, Mikasa and Armin, as well as a few others. The second episode of the season, “I’m Home”, focuses on our favorite potato eating Survey Corps soldier, Sasha, and the development of what the Titans in the wall might mean. 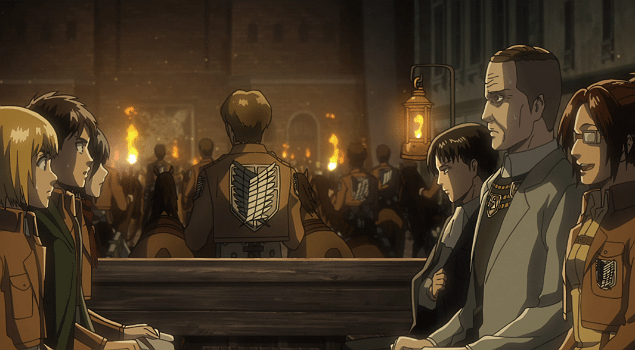 Armin is the first of the trio to question what having Titans in the walls might mean, wondering if Titans would even break down something that had them inside. He even speculates that the walls might be made out of hardened Titan skin and speaks on how it must be quite strong, seeing as Annie has encased herself in it. But Pastor Nick seems to play an interesting role in this all or that he might know more than he’s letting on, which is something the trio, Levi, and the Section Commander hope to find out. 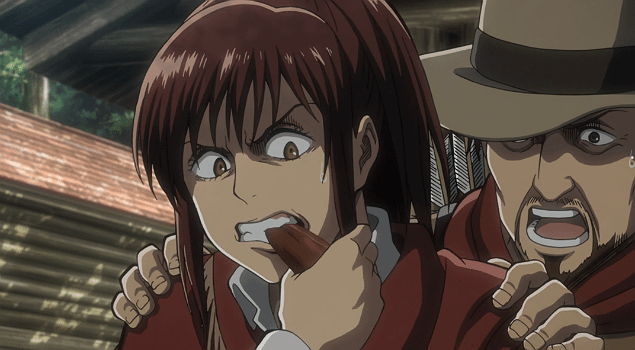 When Wall Rose becomes breached, the villages of the south are at risk — including Sasha’s hometown. Deciding to venture deep into the forest on her own, where her town is located, memory triggers instantly take Sasha back to before she joined the Survey Corps three years prior. There was a time when Sasha and her father were purely dependent on hunting but as the towns around them grew, most of the people losing their homes to fights with Titans, finding game became harder. Sasha is then faced with a decision: she can either continue to be stubborn and refuse the change — risking her life as a result, or she can embrace it. 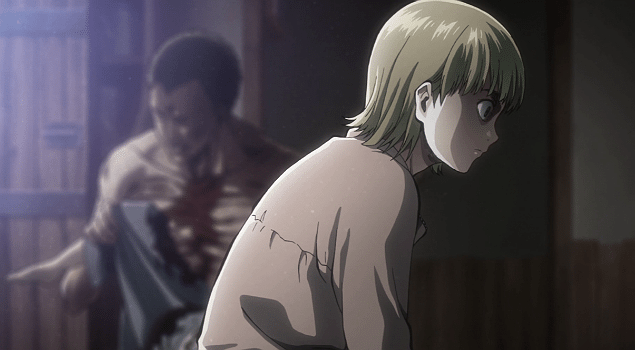 Things in Sasha’s forest aren’t as she remembers, as there is a whole new village that she stumbles upon. Worried about her father, the girl begins to search the village for him and instead happens upon a young girl and her mother, who is being eaten by a Titan. Sasha tries to whack his head off with an axe but it’s to no avail causing her to take the girl with her and leave the village. Of course things aren’t always so easy and Sasha is forced to try and take down a Titan with just a bow and a few arrows. Lucky for Sasha she defeats the Titan and finds her father.

Sadly for Conny, another Survey Corps soldier, he does not get the same clarity when it comes to his family who also lived in the south. A Titan had fallen onto his house with no evidence of how since its legs were too small to support its large frame. But there was no sign of Conny’s family which invoked panic within him.

Two episodes into Attack On Titan’s second season and there’s still more questions than answers. Why are there Titans who can run? Why won’t Pastor Nick let it be known why and how the Titans got into the walls? Are Armin’s theories on what the walls are made of right? Overall this season is off to a good start and gave us more of a glimpse into the other Survey Corps troops. What’s to come in Episode 3? Stay tuned to find out!