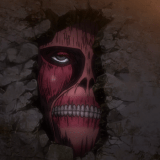 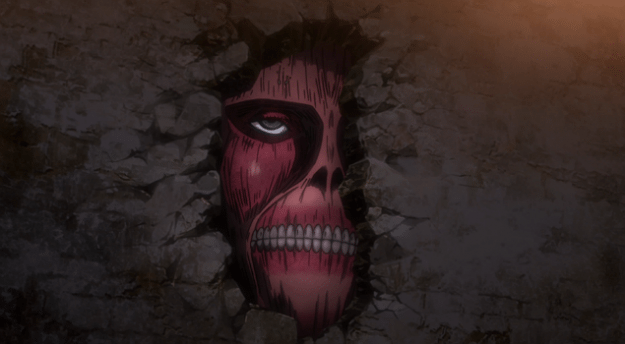 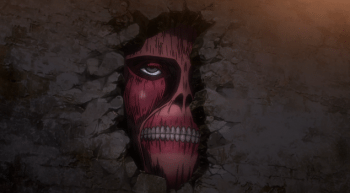 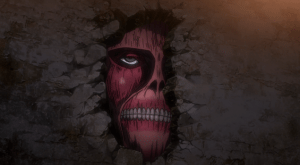 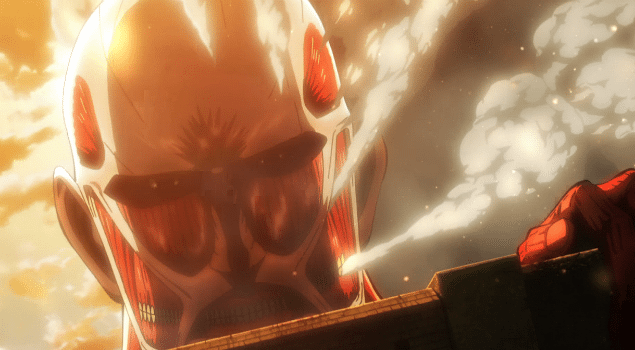 Season one of Attack on Titan introduced us to Eren Yeager, Mikasa Ackerman, and their friend Armin Arlert. The three lived in a seemingly normal and peaceful town of Shinganshina until it came under siege. Monsters, more commonly referred to as Titans, plowed through their hometown with ease and took victims for grub along the way. Many were lost in the initial attack including Eren’s mother, causing him to seek out a vengeance. This vengeance would later be retributed when Eren, Mikasa, and Armin joined up with a military branch known as the Survey Corps — giving them the chance to take down the Titans by up close and personal means.

After some ass kicking, on both the Titan and Survey Corps’ part, things seem to settle momentarily… that is until something rears its ugly head. Literally.

Unbeknownst to most, outside of a selective few, the Survey Corps discovers that there are Titans embedded within the walls that protect the various cities. Without an answer to why or how they got there — at least not yet, those who happen upon the scene are shocked. Unfortunately there isn’t much time for speculation as a horde of Titans begin coming from the south, confirming that they’ve broken through Wall Rose. 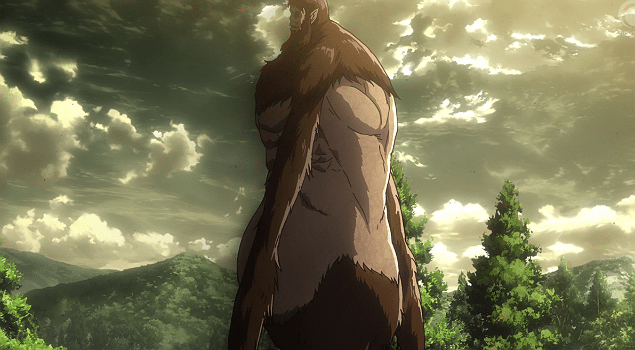 Worry and a bit of chaos ensue, causing the Survey Corps to rally up as many townspeople as they can, warn them about the horde, and get them to safety. Miche, a member of the Survey Corps decides to use himself as a distraction and comes up against an abnormal Titan. This one is like nothing the series has previously seen as it stands quite tall in stature and is covered in fur. Not only does this beast of a titan come with his own set of troubles but he also has a unique skill — he can frickin’ talk.

Titans who have more than the inherit desire to feast pose quite the threat. What does this mean for the Survey Corps? The townspeople? What does this abnormal have up his sleeve? Even with picking up essentially where season one left off, season two of Attack on Titan already poses a handful of questions — leaving the viewer wanting more. What threats will be resolved and which ones will continue to cause a problem for the characters we’ve grown to love? Hopefully all of these answers and many others will be answered in the episodes to follow!