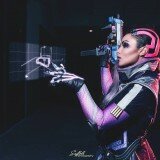 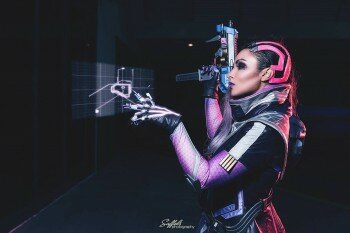 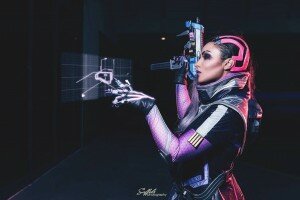 Earlier this week, we announced that Sombra was finally released to the public to be played on both PC and consoles.  Blizzard has been teasing the game’s newest character for quite some time now, and fans have been impatiently awaiting her arrival.  Classified as a damage hero, Sombra has quite a unique skillset.  She is able to hack health packs around the map, making them accessible to only her allies for a short period of time.  She can also go completely invisible, making for some tactical sneak-attack potential. 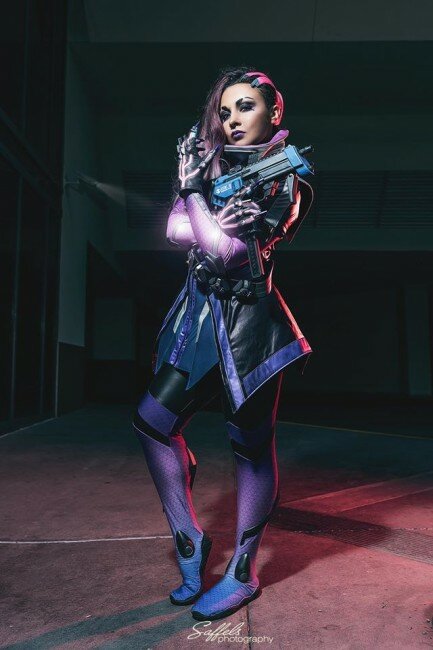 Skilled cosplayer Soni Aralynn teamed up with incredibly talented photographer, Saffels Photography, to create these epic Sombra images.  Her outfit is sewn to perfection, and her hair is styled in Sombra’s signature style. Totally epic!