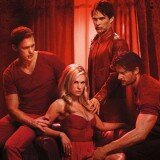 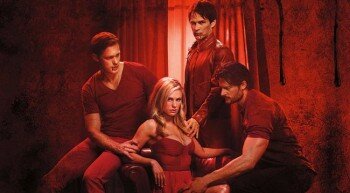 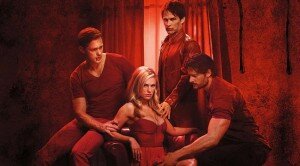 For the Truebies determined to be #TruetotheEnd, HBO is premiering several specials in celebration of the whole series thus far and in anticipation of the final season. True Blood season 7 is sure to be jam packed with bloody violence, whacky supernatural events, crazy lovers, and dark comedy and commentary.

The longest and probably most emotional of these specials will be the “A Farewell to Bon Temps” retrospective group interview with the entire series main cast. Clocking in at 27 minutes, the special features the cast and showrunners, who discuss the inception of the show, finding the right actors for the parts, the themes of the show, the villains and effects, the most memorable moments and what the show has meant to each of them.

It’s a truly impressive and touching half hour that’s sure to delight fans. The entire cast and crew expressed their sorrow that the show is coming to its own true death but they seem confident that cravings will be satisfied.

Catch each of the candid moments of reflection from all your favorite True Blood stars in the video below and be sure to tune in this coming Sunday for the premiere of the seventh and final season of True Blood on HBO.