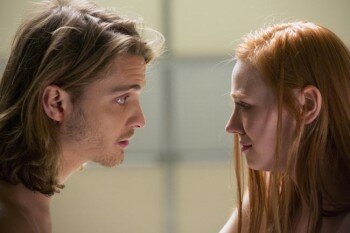 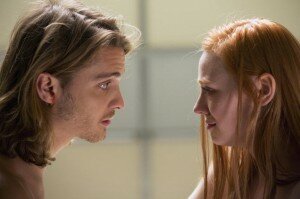 Who could be leaving the cast of “True Blood”?

The answer is Luke Grimes, who starred in season 6 alongside Deborah Ann Woll, Jessica, in the vampire containment camp if you will. Grimes, who played captive vampire James, will not be returning to the show. According to HBO, “The role of James is being recast due to the creative direction of the character.”

Apparently, when Grimes started reading the scripts for season 7, he learned that his character was not going in a direction that he would like. Whether Grimes has input on where his character would go is up in the air, but it is totally awesome that we will see James a little more in season 7.

In season 6 of the HBO series, Jessica and James were locked in a “Vamp Camp”, trying to stay away from the Hep-V infected vampires. When last we saw them, the two had escaped and were wandering in the mid-day sun.

As far as the other cast members for the final season of “True Blood”, we know that Alexander Skarsgard, Eric Northman, will return even with the lack of spoilers. Who else do you want to see in season 7?

We will be sure to update you on any news regarding the seventh and final season of “True Blood”.