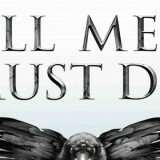 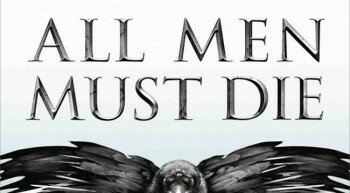 Game of Thrones fans across the world are still reeling from the epic Battle of the Wall that constituted the whole of Episode 9, “The Watchers on the Wall,” which was gloriously staged and filled with touching and gut wrenching moments of loss, humor and heroism. While fans would certainly argue that the show has never slouched when it comes to its follow-up season finales, you couldn’t be blamed for expecting that S4, E10, “The Children” might be a bit less thrilling.

But showrunners David Benioff and D.B. Weiss aren’t letting fans calm down this time. According to them, “It’s the best finale we’ve ever done, bar none…The performances from our cast, the direction from Alex Graves, the VFX work, the new [music] cues from Ramin Djawadi—all of it came together in perhaps the finest hour we’ve produced. We’re immensely proud of ‘The Children.’”

It’s not hard to imagine exactly what could make this finale so intense and memorable with where the show has left off with each of the characters story arcs. Let’s Recap!

-          After the Night’s Watch takes heavy casualties defending the Wall, Jon Snow makes a desperate bid to assassinate the Wildling Leader, Mance Rayder, and break the insurmountable siege on Castle Black.
-          Beyond the Wall, Brandon Stark and his companions continue searching for the source of his visions of the three-eyed raven to discover the nature of his sight.
-          In the Vale of Arryn, Sansa Stark and Littlefinger assert their power, while Arya Stark and the Hound languish with the news that Arya’s Aunt, the Lady Lysa Arryn, is dead.
-          In the Eastern City of Bravos and at the Isle of Dragonstone, the retainers and sworn forces of Stannis Baratheon amass for a sail to….somewhere.
-          Brienne of Tarth, entrusted with Jaime Lannister’s Valyrian steel sword, and Podrick Payne continue to search for Catelyn Stark’s daughters, recently tipped off that Arya was last seen with the Hound.
-          The now elevated bastard, Ramsey Bolton, and his father move to take up their new seats as wardens of the North at the ruined castle of Winterfell, along with the meek, servile husk of Theon Greyjoy.
-          In the Eastern City of Meereen, Daenerys Targaryen continues to deal with state concerns and foreign threats. While her oldest friend Jorah Mormont has been banished for treachery, her Mercenary Captain Daario Naharis enforces her rule elsewhere, and her dragons grow ever more powerful.
-          With Tyrion Lannister condemned to death after Oberyn Martell lost as his champion in trial by combat, Tywin, Jaime, Cersei and the players of Kings Landing each continue to expedite their own plans for power and vengeance.

Wow. That’s an awful lot to wrap up for a finale. Fortunately, like the final episode of Season 3, ‘The Children’ will have a bit of an extended running time, 66 minutes to be precise.

As a fan of the show and especially as a book reader, there is SO MUCH to be excited about in the upcoming finale. Based on the short teaser, it looks as though Brienne and Podrick and Arya and the Hound are going to cross paths. The sword being drawn and the armor of the person the Hound addresses look like they are ‘Oathkeeper’ Brienne’s armor. Might we see a duel between the Hound and Brienne over Arya? Jon Snow looks like he’s about to get himself into a world of trouble, but who exactly is fighting who among the wildlings? How will the intrigues of the Lannister family affect Tyrion in his most desperate hour? And what will happen with Daenerys and her dragons? The show hasn’t yet had a finale that didn’t include an important development for Dany and her dragons.

And what will the season end with? What will be the final moment of suspense, horror, triumph or intrigue that will have to tide fans over for a whole year? This season has had more reaction video worthy moments than any season before it, from Joffrey’s death, to Lysa’s death to Oberyn’s death. See a theme here? I think the episode’s title holds the clue….

Be sure to tune in for the epic conclusion of Game of Thrones’ unforgettable fourth season Sunday June 15th on HBO! In the meantime, mull over the finale’s teaser for yourself below.