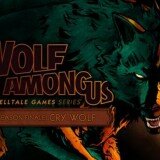 Amazon, Best Buy, and GameStop have placed product listings for The Wolf Among Us for Xbox One and PS4, revealing a release date of November 18th, 2014. Although yet to be confirmed by Telltale Games, the same date across all three retailers would indicate that it’s not likely to be a placeholder. Telltale is currently working on the fifth and final episode of The Wolf Among Us’ first season, and announced today that it’s “coming soon.”

The Wolf Among Us is the latest in Telltale’s episodic graphic adventure games that takes place in 1986, starring a myriad of mythical and fantasy characters living in a enclave of modern-day Manhattan known as Fabletown. It stars Bigby Wolf, the reformed Big Bad Wolf, as he investigates the murder of a young prostitute who’s decapitated head was left hanging outside his apartment building.

Also revealed by retailer product listing is The Walking Dead: Season One Game of the Year Edition and Season Two as coming to Xbox One and Playstation 4 later this October.