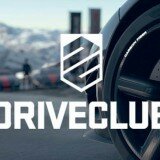 Fasten your seat belts for the new trailer of DriveClub, as Sony has released the new trailer for Evolution Studios’ upcoming racer title. The trailer shows briefly how the game looks and some of its cool features. One of the features that will give an extra edge to players’ gaming experience is making your own club, so you can play and team up with your friends, share your rewards, and you’ll be able to watch races with the new app for the game called “My DriveClub.”

Gamers can also form rivalries and customize the challenges to face off against them. One of the cooler features the game has is the weather that can change the course of the race and can make it more difficult to win — but also give players that extra drive and challenge to keep things interesting.

The game is set to be release in October 7 and will be exclusive for PlayStation 4.