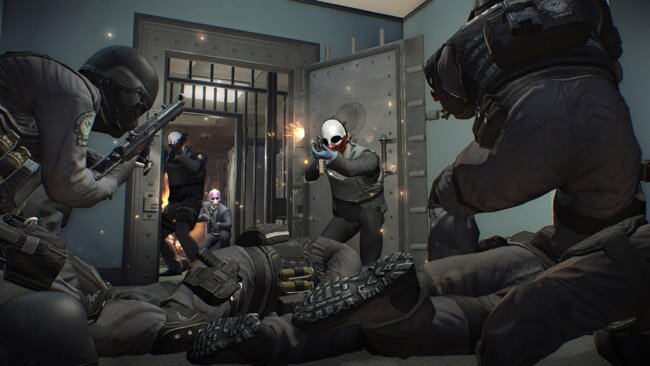 Payday 2, which was originally featured on only PlayStation 3 and Xbox 360 consoles along with PC, will now be headed to PlayStation 4 and Xbox One in a new edition titled ‘Payday 2: Crimewave Edition’.

While this is pretty much the only information on the re-vamped game that we know of, we can expect that the game will redeem enhanced graphics and general gameplay tweaks. As is tradition in other upgraded games onto the new-gen, it is possible that Payday 2: Crimewave Edition will include any DLC along with potentially including PS4/Xbox One-specific content.

Payday 2 originally released on August 13 of last year and proved to be an action-packed and intense bout of good fun. To see more of our thoughts on Payday 2, check out our review.

We can expect more information on Payday 2: Crimewave Edition to be released within the next few weeks.