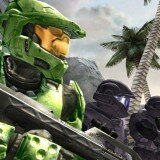 In an interview with GameSpot, 343 Industries went into further detail regarding all the features of the highly anticipated Halo: The Master Chief Collection for Xbox One. Such details included confirmation that the Forge and saved films will be returning for the games that previously had them. Unfortunately this means saved films will not be coming to the original Halo. Additionally, they elaborated on the improvements of visual transitions between the original and remastered graphics, with nearly seamless transition at the press of the button.

Furthermore, 343 Industries discussed how the different control schemes would work across the five games, with the original settings for Halo veterans, or a unified setting for those who want a more streamlined experience. Also elaborated was the aforementioned Halo 5 beta, where the developer said that the beta would be opening roughly a year before the game’s release, and that this timeline would make it a genuine beta, not a demo in disguise. The beta will run for three weeks between December and January, and would consist of a single multiplayer mode. What that mode is remains to be seen, however it did tease with an image of a red helmet, emblazoned with a 5 on the forehead.

Also making their return are the skull challenges, 30 in total, that’ll allow players to test their skills just like in previous games. With such attention being given to creating a truly great anthology collection, Halo: The Master Chief Collection is quickly becoming a must own for any Halo fan, and puts other Greatest Hits collections on suicide watch as 343 Industries proves that they know how to pay respect to a franchise. Halo: The Master Chief Collection is expected to drop for Xbox One on November 11th later this year.