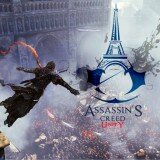 Double the Work: Why You Won’t See Female Assassins in AC Unity

You won’t find yourself a female assassin in Assassin’s Creed Unity, which is coming to PlayStation 4, Xbox One and Windows PC October 28th. According to the Ubisoft creative director, Alex Amancio, there was simply too much pressure placed on the production team. Although at first female characters were planned for the game, they were ultimately abandon due to a variety of reasons.

“It’s double the animations, it’s double the voices, all that stuff and double the visual assets,” Amancio told Polygon, “Especially because we have customizable assassins. It was really a lot of extra production work.”

Amancio then went on to say: “We started, but we had to drop it. I cannot speak for the future of the brand, but it was dear to the production team, so you can expect that it will happen eventually in the brand.”

Another issue that snagged the Unity teams’ introduction of female assassins was the co-op mode. Though every player sees themselves as Arno, while the rest of the assassins have different faces, the team delved deep into customization. Amancio says it would have “doubled the work”, having to add in over 8,000 new unique animations for additional assassins.

Reception to the news has been mixed, “lazy” or “offensive” are common denominator words being used on social media outlets to describe the decision. Others make fun of Ubisoft, asking why such a large, international studio with hundreds working on the game, couldn’t have added another assassin. Hopefully fans can see female assassins appear later after release, especially since playable women characters have first appeared in the series since Assassins Creed III: Liberation, and appear in every game since then.