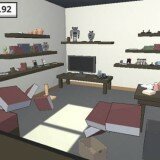 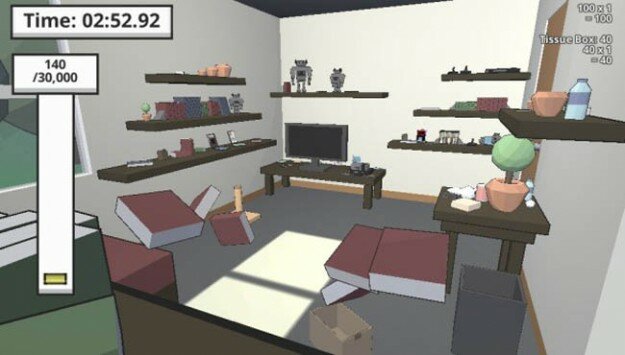 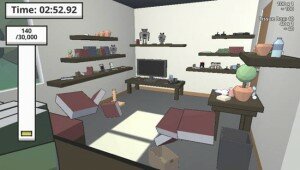 If you have a cat, you know just how annoying it can be sometimes when they go around the house, knocking stuff over and causing some very mischievous chaos. In a way, though, it seems like a lot of fun. A game developer by the name of Chris Chung realized this, and decided to make a whole game out of it. That’s right: Catlateral Damage. If you haven’t heard of this game, it’s a first-person game that places you in the role of a cat. The game has its own website and kickstarter page, with a playable demo already up on the website itself.

Catlateral Damage hit its Kickstarter goal recently, which was set at $40,000. In celebration of this, Chung updated the Kickstarter page with new stretch goals. Some interesting goals are on there, including one that will allow players to make their own levels and share them via Steam Workshop. There’s also a really high, more ambitious stretch goal of $100,000. If it reaches it, the game will also be on PlayStation 4. It has 11 days left to be funded, so give some support if you want to see the feline action hit consoles.