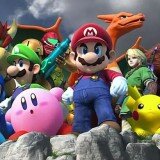 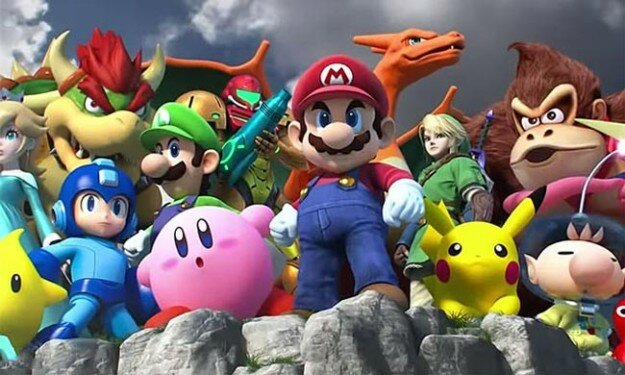 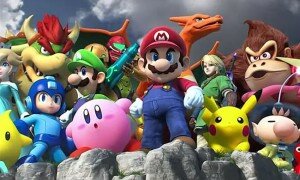 Last week, Shigeru Miyamoto said that Nintendo is beginning to think more and more about creating movie adaptations of their beloved characters. Typically, video games and movies have a strained relationship at best, and an abusive one at worst. But with so many iconic and lovable characters, I feel that if any games could make good movies, it would be Nintendo games (despite that awful 1993 Super Mario Bros. movie).

Not only could Nintendo produce great family-friendly movies, they also have a unique opportunity to follow in the footsteps of movie-making giant Marvel Studios, and create a long and interesting cinematic universe. In fact, Nintendo has a lot in common with Marvel. Both universes are filled with colorful and eclectic characters, each with their own unique blend of powers and abilities, and both universes can seamlessly tie all their characters into one single story. So, with that in mind, as a movie lover and Nintendo enthusiast, here are my ideas for Phase One of the NCU. Listen up, Nintendo. I’m giving you free ideas here.

If an NCU were to happen, everyone would expect the first film to be a Mario film. But, noticing that Marvel began with a lesser known hero in Iron Man to begin their cinematic universe, Nintendo could follow in Marvel’s footsteps and go with a still famous character, just not on the same level as Mario.

Star Fox has one major thing going for it that would make a movie version so much easier than most other Nintendo games: voiced characters. And no, before you say it, “it’s-a me!” doesn’t count. I mean fully voiced dialogue between all characters in the game. This makes writing the characters so much easier, and would cause much less controversy regarding character personality and voice.

Honestly, a sci-fi space adventure starring furry animals doing barrel rolls would pique my interest even if it weren’t a Star Fox film, so this is a good way to go. Fox is a character who is well known enough that most people know who he is, but he has appeared in a relatively low number of games compared to his Nintendo brethren. This would work in favor of a Star Fox film, letting the plot be more interesting and creative without feeling bound to a predetermined storyline.

Put down your torches and pitchforks. So, I don’t think that Ocarina of Time or Majora’s Mask would make very good movies. Let me explain why.

Of all the Zelda games, none of them are as fun, friendly, cute, and beautifully animated as The Wind Waker. If Nintendo wants to construct a film to attract all audiences then Wind Waker, with it’s tale of young Link, Aryll, and Princess Zelda disguised as a pirate, is the way to go.

But a Zelda movie presents the same issue I mentioned earlier, which Star Fox wouldn’t suffer from: the silent protagonist. Under no circumstance could Nintendo get away with creating a movie in which Link does not speak. Sure, he yells out all kinds of grunts, groans, and yelps, but Link has never spoken. Ever. And that just isn’t good enough for a movie.

The problem is that in making a silent character speak, their entire personality is subject to change. We all have our own opinion of who Link is and why he is heroic, and all those ideas could be challenged and threatened by giving the character a voice.

Given the issue of bringing silent characters to life, Wind Waker once again makes the most sense, since Link could be funny, silly, serious, or any combination of attributes, and his personality wouldn’t clash with the lightheartedness of the story.

Metroid would be to the NCU what Guardians of the Galaxy is to the MCU. It’s strange, it’s obscure, and it’s in outer space. Taking Samus back to her roots by focusing on the original plot would make an amazing movie.

Just picture it. A sleek and sexy female protagonist, dressed in colorful armor, beating the crap out of Space Pirates and blasting her way to success in order to save the Galactic Federation. The final battle against a vicious parasitical Mother Brain could be so cool, and a Metroid movie would perhaps have more appeal to casual moviegoers than any other Nintendo film.

Sure, Samus is a bit business like, and many more extra characters would have to be introduced in order to make the film work. But if the film could work, how great would it be?

To end Phase One of the NCU, in an Avengers-like collaboration, Fox, Link, and Samus could team up against a threat greater than either of them could handle on their own. And it is here that, finally, audiences would be introduced to the most beloved video game characters of all time. Mario, Luigi, Peach, and Yoshi join forces with the rest of the heroes of the NCU and do battle against the forces of evil.

Saving the characters from the Mushroom Kingdom until the end of Phase One would make their entrance so much more epic and dramatic, And the best thing about a Smash Bros. movie is that, since the game has no plot, the sky’s the limit. Maybe Bowser and Ganondorf team up and wreak havoc on the world. Or maybe a character entirely separate from Super Smash, like Ridley (from Metroid) could be the antagonist.

Maybe the NCU wouldn’t be as immediately awesome as the MCU, or even the DCCU. I don’t know. But what I do know is that I would be first in line to see each of these movies, and if Nintendo plays their cards right, they’re sitting on a potential gold mine.

Which Nintendo character would you like to see on the big screen? Should Nintendo go ahead and greenlight movie adaptations of their games? Comment with all those juicy ideas. Maybe Nintendo is listening!

Did you enjoy this article? We’d love to hear your thoughts in the comments below. For the latest on all that’s epic in gaming, movies, television and cosplay, follow us on Twitter or like us on Facebook!
167
SHARES
FacebookTwitter
GoogleWhatsappPinterestDiggLinkedinRedditStumbleuponTumblrMail