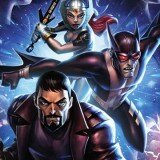 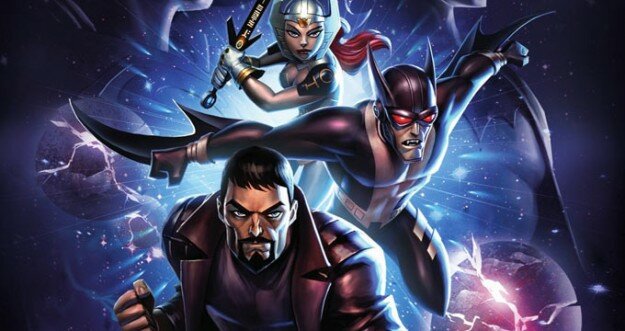 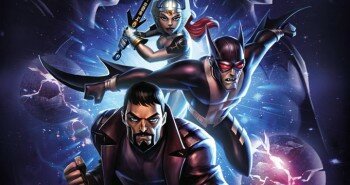 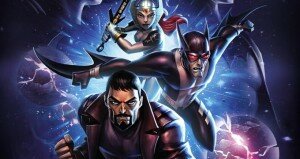 DC’s fascination with alternate timelines shines like never before in their latest original animated movie. Drawing on the popularity of video games like Injustice: Gods Among Us and comic storylines like Infinite Crisis, Justice League: Gods and Monsters gives us an entirely new vision of some of the most iconic characters in the DC universe, and in a nice self contained story.

For starters, let’s look at how the origins are reimagined here. Superman is the son of Zod in this universe and was raised by a couple of Mexican immigrants; Batman is a vampiric doctor named Kirk Langstrom trying to find a cure to his condition; and Wonder Woman is a widowed queen named Bekka who hails from Darkseid’s world of Apokolips, and whose family died after a failed alliance with Orion. Eventually this darker version of the Trinity comes together to form a sort of rogue crimefighting squad.

Also Amanda Waller is the president in this world, which makes this team look all the more like a cross between the Suicide Squad and the Justice League. Between Superman’s unrestrained use of his heat vision and Batman killing their opponents and then sucking their blood, the team’s fighting tactics are no doubt brutal, but they do cooperate with Waller and they never kill civilians. Though the public’s mistrust of them continues to rise, chief among them being the handicapped Lex Luthor, the government still allows them to carry out some of their dirty work and deal with international threats.

Yet when a series of mysterious murders of prominent scientist figures from the DC universe takes place around the globe, all evidence points to the Trinity as the killers. Unwilling to turn themselves in, the team must do battle with the government and find the real villain behind this massacre.

There’s a lot to love in this movie, most notably the 90s feel and aesthetic of it. Director Sam Liu, screenwriter Alan Burnett and the great producer Bruce Timm are all veterans of the Pre-New 52 DCAU. In terms of both story and animation, the film feels like a throwback to these shows. Especially since DC’s most recent animated movies have been New 52 adaptations, it’s refreshing to see them add some variety to their roster.

Consider the main themes of Gods and Monsters. While the whole “too much power is dangerous” idea is overused, here it works because these versions of Superman, Batman and Wonder Woman are so wildly different and grittier than what we’ve seen before. These characters aren’t trying to create a new world order (there’s a Justice League 2-parter where this happens in an alternate universe) but they’re also not the All-American Boy Scout superhero team of the silver age either. This team does what it has to to protect the world, and they aren’t ones for fun and games.

In terms of voice acting, probably the most fitting is Dexter star Michael C. Hall playing vampire Batman. In both roles, he’s a guy who only kills serial killers and the voice is perfect for this version of the character. Benjamin Bratt does a solid job as Superman, whose look and voice feel more like Vandall Savage, which makes sense given that he’s a much darker Man of Steel. And while I would’ve liked Wonder Woman to have had a little more screen time, Bones actress Tamara Taylor is also a good fit for her. Here, the character retains none of the original’s Amazonian heritage and is made to look exactly like one of Darkseid’s female warriors.

The villain is a bit of a one-note scientist who of course creates an army of android-like soldiers with cellular regenerative abilities. Nevertheless, his place fits in well with the story as it connects back to one of the main characters’ origins.

Justice League: Gods and Monsters is a must see for any DC animation fan as it brings together some of their best talents and delivers a rich reimagining of their most iconic characters. Whether you’re a purist who only likes the classics or you’re more into the modern material, there really is something every fan can enjoy about seeing Batman as a bloodsucking vampire.

Did you enjoy this article? We’d love to hear your thoughts in the comments below. For the latest on all that’s epic in gaming, movies, television and cosplay, follow us on Twitter or like us on Facebook!
27
SHARES
FacebookTwitter
GoogleWhatsappPinterestDiggLinkedinRedditStumbleuponTumblrMail