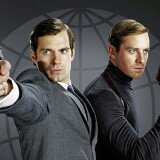 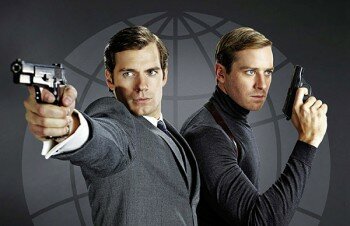 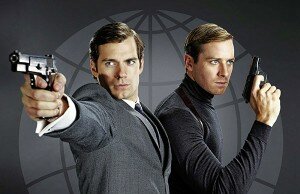 Guy Ritchie has had an interesting career as a director. His rough and tough British gangster films are great cult classics, and brought many an actor into the spotlight. Every time you see Jason Statham on the big screen, you can more or less thank Ritchie. But until he helmed the two CGI-laden Sherlock Holmes films starring Robert Downey Jr., Ritchie had never really put forth a big-budget Hollywood blockbuster. This is where The Man from U.N.C.L.E. comes into play.

Perhaps Ritchie got a real taste of international acclaim from working on the Holmes films, or maybe he remembered watching the show that U.N.C.L.E. is based on, and saw a brilliant opportunity. And brilliant is perhaps the most appropriate word to describe the film. From top to bottom, U.N.C.L.E. is a fun, campy, hilarious, and fantastic film that deserves the highest of praise.

In the midst of the Cold War, super suave CIA superagent Napoleon Solo (Henry Cavill) is tasked with locating a woman named Gaby (Alicia Vikander) in order to deter the threat of nuclear warfare. But hot on his heels is KGB special agent Illya Kuryakin (Armie Hammer), who has been given the same mission as well as orders to terminate Solo if necessary. The two agents immediately clash, and things get even worse for them when the CIA and KGB decide to work together, forcing Kuryakin and Solo to become partners.

The rivals become bitter partners routine is an old one, and this was my main concern going into the movie. If I want to see constant backbiting and infighting, I’ll watch The Avengers. But film handles the collectively massive egos of the two spies with so much class, humor, and begrudging mutual respect that their relationship never becomes stale or overbearing. The quick-witted ribbing back and forth between these alpha males is the foundation that the entire movie is built upon, and it never falters. Whether the duo is arguing over women’s high fashion, or Solo is watching Kuryakin struggle to shake of bad guys while eating the stolen dinner of some poor dock worker, the moments that the spies share are easily the highlight of the film.

But let’s not forget the supporting cast. Although Gaby is a rather two-dimensional character and lacks real personality on occasion, she holds her own up against her macho co-stars and is a wonderful breath of fresh air and intermediary between Solo and Kuryakin. Elizabeth Debicki plays the role of Victoria, the main villain of the film, and while she is undoubtedly a strong character, I found Debicki’s performance to be a bit forced and unbelievable. Most other cast members easily slip into their respective roles, but the same isn’t quite as true for Debicki.

Ritchie has always had a knack when it comes to genius musical integration and U.N.C.L.E. is no different. Each piece of the score, composed by Daniel Pemberton, perfectly complements each scene and never lets the film feel dull or drab. The soundtrack is a fantastic mixture of smooth jazz, classical Italian, new age Mexican (if that’s even a real thing), rock, and the requisite guitar and percussion tracks that must accompany each and every spy flick since the beginning of time. While that might seem like a lot to take in, the various styles and genres of music make each portion of the movie unique and memorable.

Wisely taking a page out of the new playbooks created by other recent spy movies, Ritchie shies away from excessive sleaziness and sexual content. While it would be a mistake to consider U.N.C.L.E. a family movie, it certainly is much more appropriate for a family type setting than any 007 movie before Daniel Craig.

But, with all this praise, there has to be something wrong with U.N.C.L.E., right? Well, midway through the film, the plot takes a very dark turn as a supposed ally turns out to be a Nazi prison camp coordinator who revels in causing fear and pain in others. During this time, the three main characters go their separate ways, and so much of the charm and chemistry between them is lost, and for a short while the film drags just the tiniest bit. So that’s one thing, and I’ve already mentioned Debicki’s slightly subpar performance. But honestly, I have been racking my brain trying to think of something else to hold against the film, but I simply can’t do it. Unless I’m going to criticize the shameless and oddball use of the U.N.C.L.E. acronym with no explanation as to its meaning, there is nothing else to complain about.

U.N.C.L.E. is the most refreshing spy movie in years, and is perhaps the best of its type since 2006’s Casino Royale. And that’s saying a lot considering how much I enjoyed Mission: Impossible Rogue Nation just two weeks ago. U.N.C.L.E. doesn’t have as much explosive and adrenaline pumping action of its spy counterparts like Mission: Impossible and 007, but if that’s what you expect, then you’re missing the point. Don’t get me wrong, though. U.N.C.L.E. has its fair share of action, but that isn’t the focus of the film. It is a character-driven spy film, and the movies greatest moments come from incredible writing, acting, and wonderful chemistry between the two lead characters.

I’m a huge fan of spy movies, and one day hope to be a secret agent myself. Hopefully. It takes a lot for an espionage film to impress me, and many of them often fall short. But U.N.C.L.E.is a perfect masterpiece that I will likely return to again and again. Sure, it’s cheesy. But it embraces its lighthearted tone and superspy cliches and runs with them, creating a wonderful moviegoing experience that surely will not be replicated until the sequel. We’re getting a sequel, right?

Did you enjoy this article? We’d love to hear your thoughts in the comments below. For the latest on all that’s epic in gaming, movies, television and cosplay, follow us on Twitter or like us on Facebook!
83
SHARES
FacebookTwitter
GoogleWhatsappPinterestDiggLinkedinRedditStumbleuponTumblrMail