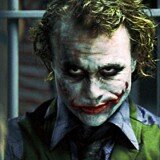 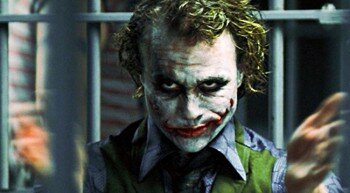 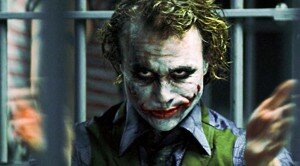 One of the biggest gripes against 2005’s Fantastic Four was the positively boring reincarnation of Dr. Doom facing off against Reed Richards and company. Seriously, when the best an evil genius can do in the way of diabolical plots is fire a heat-seeking missile at the Human Torch, you’ve gotta wonder who’s handing out “Genius” certificates like stale hotcakes. It’s no secret that any lackluster villain, Dr. Doom or otherwise, can singlehandedly ruin a compelling heroic journey. There certainly isn’t one right way to be the bad guy, but we’ve all seen plenty of wrong ways. If you’re going to menace, menace properly: with these tips from cinema’s best.

The Joker – The Dark Knight 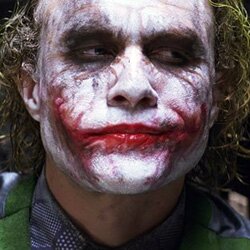 Do I really look like a guy with a plan? You know what I am? I’m a dog chasing cars. I wouldn’t know what to do with one if I caught it. You know, I just… do things.

Let’s get the obvious out of the way – Heath Ledger’s joker is arguably the most popular byproduct of Christopher Nolan’s Batman trilogy. No other villain from the last decade has inspired such a cult following in movie buffs and neophytes alike. He’s charismatic enough to woo Danny Ocean, and his stage presence, for lack of a better word, is creatively evil. Who could forget the pencil trick? But beyond the way with words and the ingenuity, there’s a far more sinister unpredictability that makes the Jester of Gotham such a paragon of malevolence. Not only is Batman unable to discern the Joker’s next move, but the Joker seems to surprise even himself with his own volatility. There’s no reason, let alone goal, to the madman’s schemes, and we can only assume he’ll keep blowing stuff up until he’s dead – or everyone else is.

Nurse Ratched – One Flew Over the Cuckoo’s Nest If Mr. McMurphy doesn’t want to take his medication orally, I’m sure we can arrange that he can have it some other way. But I don’t think that he would like it.

No one makes you fear a sanitarium like this pinstriped Mussolini. Nurse Ratched doesn’t have to force choke anyone to be the bain of her enemies’ existence, and that’s what makes her memorable. She adamantly refuses to stray from her meticulous worldview, no matter the consequences of her stubbornness. The foul chemistry between Ratched (Louise Fletcher) and protagonist Randle McMurphy (Jack Nicholson) makes her rules and regulations all the more stifling. We see a burning beacon of free will in McMurphy slowly crushed, and it sticks with us for days after a viewing. 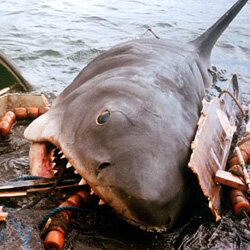 Not even Aliens or Predators from beyond the Solar System have been able to terrorize audiences like this shark. The Terror of Amity Island has evolved into the perfect killing machine on the same planet as us, in the same oceans we enjoy on our vacations and watch our children play. Jaws’ insatiable appetite and nigh-indestructible physical form single-fin-edly started the summer blockbuster trend (and depending on how many years of film school you completed, that might make him the greatest villain of all) – all without a single spoken line. Honestly, this beast is one of the most underrated nasties in film history. What other theme song makes your heart skip a beat? 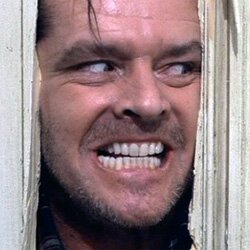 What makes Jack Nicholson’s role here so immortal is the transformation. In 150 minutes, Jack Torrance goes from well-meaning writer with a shaky past to an unhinged, axe-swinging psychopath; all it takes is crippling isolation and a closed bar. The ultra-violent metamorphosis is so convincing that you’re half afraid you’ll be the next one to threaten your wife with a Louisville Slugger. Couple that with Torrance’s pathological inability to give up his murderous chase and you’ve got a villain that deserves your dread.

Who are your favorite movie villains, and why? Chime in below!

See the Cast of ‘National Lampoon’s Vacation’ Then and Now

Dissection of a Series: The Indiana Jones Movies

Epic Movies to Watch on Netflix Instant This Month: May 2014