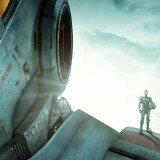 Pacific Rim 2 is a go and will be storming theaters on April 7, 2017. Guillermo del Toro explains that there will also be a comic books series that will start them off from Year Zero. To top it all off, fans can also expect an animated series based on the giant monster demolishing monoliths. Legendary Pictures will take over the sequel from Warner Bros and will partner with Universal.

Guillermo says, “From now until April 2017, we’re gonna develop a new animated series for Pacific Rim, continue the comic book series we started with [Tales from] Year Zero, and most importantly, creating a sequel for the film. I’m working on this with Zak Penn and Travis Beacham, and we are all very happy to be bringing you more Kaiju, more Jaegers, kicking each other’s butts.”

Pacific Rim only grossed $100 million in the United States and took a large $190 million to make. However, the fan base overseas is larger than life. China took in $112 million, about a third of the $309 million from Europe and Asia combined.

You can check out the epic message from Guillermo below, and let us know your thoughts on a Pacific Rim sequel.