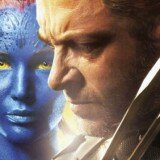 When I was growing up, from the time I was about 7, I had been a fan of the X-Men. Above all the other superheroes, something about this band of gifted misfits simply struck a chord with me. I would find random issues for 25 – 75 cents and get myself immersed for the next hour or two. I wasn’t crazy for comics, but since they weren’t particularly expensive I liked to dabble. As the years went on and my fascination with superheroes grew, I tended to gravitate slightly towards other super heroes, but the X-Men had always been my go to, my fall back, my rock. So when the first X-Men film came out back in 2000, a ten year old me was literally jumping for joy. The trailers rocked, and the movie itself delivered exactly what I was hoping for. A true to life version of my favorite comic book mutants!

Three years later, I was treated to an even greater film in X-2. The film that I believe was my first theater trip without a parent. My love for the X-Men simply grew as my understanding of it expanded. Sadly, the trend did not continue with X-Men: The Last Stand (2006), which would have been great were I a still a child, but at 16 I was now expecting a lot more. My sadness snowballed over the next few years as I was bombarded with the terrible Wolverine spin off. Then, like Jean rising from the ashes, X-Men: First Class blew all expectations out of the water to be the best X-Men film offering in 8 long years. My faith in the series was further restored when word came down that Singer would return to direct the newest X-Men in 2014.

This brings us to here and now, this review, and me enthusiastically typing it. X-Men: Days of Future Past was good. Better than good, it was GREAT. Right alongside X-2 and First Class as remarkable achievements not only for X-Men, but for super hero films in general. Let’s face it, the genre has been running a bit stale lately. Of course, there is the great Avengers from 2012, and Winter Soldier came out just this year. Unfortunately, we also had films like Thor: The Dark World (good not great), and The Amazing Spider-Man 2 (which was downright cheesy). 2014 has been a fairly underwhelming year so far in terms of the mainstream. The summer movie season has been mostly a bust for me with Godzilla not coming together very well and Spider-Man 2 being a marked downgrade from its predecessor.

X-Men: Days of Future Past comes blasting in to save the season! Adapted from one of the most beloved arcs in the comic series, Days of Future Past takes place years in the future where mutant kind has been almost completely eradicated by the deadly Sentinels. (Like the movie, I am going to assume you have some basic knowledge of X-Men’s mythology. An aging group of surviving mutants attempts to stay ahead of the machines by an elaborate scheme of time travel. Professor X, Magneto, Storm and Wolverine are all that’s left of the older generation. They join up with some of the young guns including, Shadowcat and Iceman, among others.

Professor X and Magneto have a plan, to send back Logan in an attempt to rewrite history, to “end this war before it ever begins” as Magneto puts it. Whether this is even possible is questioned heavily throughout. This entire set up may seem somewhat confusing or strange if you aren’t familiar with the X-Men world. If you haven’t seen the previous installments, I highly recommend seeing them before tackling this one because, aside from some quick exposition at the beginning, this movie makes the assumption that you can follow it.

If you are familiar with the characters, the rest of the movie will be fairly easy to comprehend. Logan is transported back in time, to 1973, where he must persuade a young Magneto and Professor X, Erik and Charles respectively, to team up and keep Mystique from killing Bolivar Trask (the creator of the Sentinals). Since I already feel like I’ve explained more than I need too, I will say that Days of Future Past is a remarkable achievement. It combines elements of the original trilogy plus First Class into one extremely satisfying whole. The future and past are so beautifully realized that the film has no issues jumping between the two. It’s seamless, and above all, it’s badass. I had some serious doubts that this movie was going to fit all of the time travel and action into a cohesive storyline, but I will undoubtedly state that I was wrong. The film isn’t overly long. It never feels muddled or confusing. The character development is spread around but expansive and in depth. If anything I thought the film was a bit rushed in the beginning, but not everyone wants the same level of detail I’d like, and thats totally understandable.

The cast members all bring their A games, but it’s James McAvoy who shone brightest to me. He was given a ton to work with and, while Fassbender may have killed in First Class, Days of Future Past belongs to McAvoy. He brings a lovely and fully realized pain to the young Charles. It was realistic, at least in terms of being a comic book film. I won’t try to pretend like I believe everything wrapped up neatly. Time travel stories are ripe with paradoxes, but thats not what Days of Future Past is about. Yes, it has great subtext, it carries the same themes we are used to seeing from the series including human rights, and prejudice, but it also had some nice bits about the concept of technology finally overtaking us. Also, as I stated earlier, I liked that they delved into the question of “Can one change the past?”. I always find that to be an interesting concept and to see it so fully realized here was a great change of pace.

One other choice that was well received was having Hugh Jackman’s Wolverine be the main string through both past and present. He’s always so charismatic and I believe that, since most people are used to him as Wolverine now, he makes it easier to adapt to a new storyline. Of course, the action is on point as you’d expect from the series. Director Brian Singer does a magnificent job of filming the action sequences without relying on an overabundance of editing. We can actually see what’s happening. We can see our heroes’ powers in full effect, and that’s one of the best parts!

All in all, I have very few complaints about Days of Future Past. It’s well paced, action packed, emotional, and even features some well timed jokes. My only complain, as I mentioned before, is wishing the film didn’t feel so rushed at the start. Other than that, it was everything I hoped it would be! Also, everyone in the theater I was at cheered during the Quicksilver scene, which I won’t even try to explain since it’s so awesome and I don’t want to spoil any of it for you. If there is one film to go see in theaters right now, X-Men: Days of Future Past is it.


x-men: days of future past