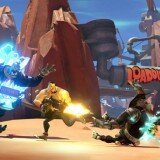 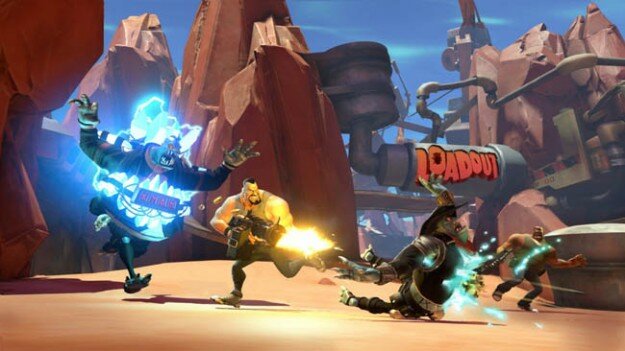 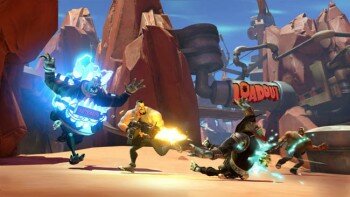 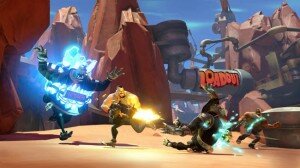 In a post on the PlayStation blog, Greg Bauman of Edge of Reality has announced that their upcoming PlayStation 4 release of their free-to-play shooter Loadout will be seeing a bit of co-op action as player swarm to take down the Kroad, a group of intergalactic desperadoes that seek to steal away the precious rocks that the soldiers in Loadout were fighting themselves over first. In the announcement trailer released today, it was just a normal day of shooting and killing for the rocks until the Kroad showed up, kicked everyone’s asses, and now it’s time to return the favor.

While the mode will eventually see its way to the PC release, PlayStation 4 players will be able to get it at launch, as well as the Alien Wear outfit collection, which unlocks a number of new clothing items to show off the spoils of war. Loadout is free to play and available now on PC via Steam. The PlayStation 4 version, a console exclusive, has yet to be released however should be coming soon. Check out the Enter the Kroad trailer below!