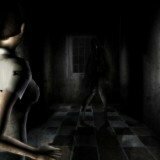 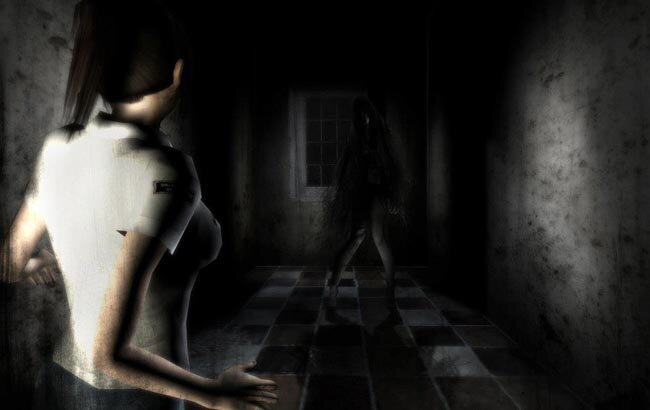 Currently in development stages with the DreadOut Team, Digital Happiness and Games Interactive, a new indie game named “DreadOut” is making waves in the horror community.

Based in an Asian/Indonesian setting, you play as a school girl named Linda, who wanders through various creepy environments armed only with a digital camera/mobile phone/video camera to defend yourself with against ghosts, strange misshapen creatures and other weird and undefinable enemies.
Whilst on a school trip, her and her classmates stray off the path and discover an old deserted town where creepy things begin to happen and they eventually get attacked.  Not only battling ghosts and other creatures, the player will have to solve varied puzzles in order to progress and to delve deeper into the story behind these supernatural occurrences – with a main plot but also many optional side quests being available should you so choose to spend more time in DreadOut.

Sounds familiar? It seems this game has been heavily influenced by cult horror franchise Fatal Frame (also known as Project Zero in various parts of the world) where being attacked by ghosts and defending yourself with the Camera Obscura was the main draw of the game. Fatal Frame was engulfing and unique, not only with an unseen approach on combat but also with it’s in depth storyline and haunting atmosphere.

The big differences between the two games are that Linda has the power to save her friends, not the device she is using, and that obviously; this is a much more modern setting with modern technology to hand. Even as an indie title, this game seems to be incredibly well made so far, with fantastic graphics, a chilling atmosphere that is intensified with the audio track and screams or sobbing in the back ground, a control system that is simple and easy to use as well as a rich and detailed environment that sets the player instantly in a state of unease. One other unique feature is that players will be able to share their experiences on Facebook with online integration, allowing players to put their photos taken by their in-game camera on their Facebook wall.

The main aim of the game is to provide a unique style of horror with it’s Indonesian setting and influences, focusing largely on Indonesian ghosts such as Tuyul, Pocong and Kunti, as well as keeping the gameplay and storyline “logical, meaningful, and connected as natural a way as possible.”

An issue that can arise from games made by those whose native language is not English is that sometimes the in game translations can be a little off, however, through playing the demo, I found the translations were spot on, not to mention the fluidity and believable voice acting – all of these little things add to the experience, and, thankfully, so far has been done really well with DreadOut.

Currently DreadOut is on Steam’s Greenlight programme where users can vote for what indie games they wish to have put on Steam with a simple voting system; also the game is in the process of seeking out funding to help them complete their game. More and more people are donating money to the project hour by hour; however, they are currently $1000 off their target, with the deadline being Saturday the 18th of May. Contributing will give you small rewards or “perks” for small sums of money whilst larger sums will have some incredible perks to look forward to such a version of a ghost modelled specifically on them to be featured in the game, complete with a detailed back story plus all the other perks that the lower contributions also receive.

So far the game has a Free Demo that can be downloaded straight from their Official Website for PC users, soon to be released for Linux and Mac, with the full finished game to be also available on mobile devices, and is merely a snapshot of what is to come – but to see for yourself what is in store for this project, check out the trailer!

Sonic Mania Officially Gets A Release Date, A New Trailer
Search:
From Around the Web