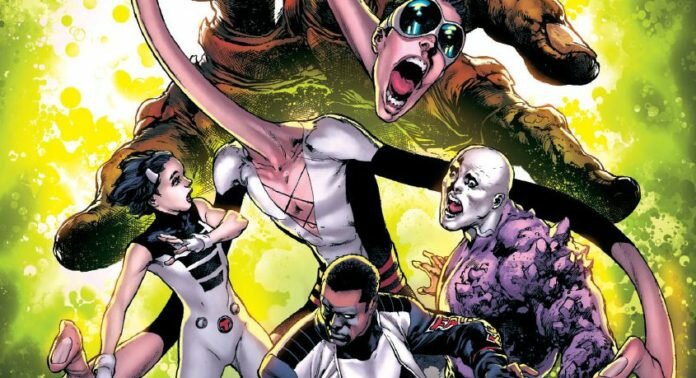 10 of the Most Highly Anticipated Comics to Read in 2018

2018 is shaping up to be a great year for comic book fans. The world of comic books is always evolving, as the creators continue to experiment and innovate. 2018 will feature exciting works from established icons, as well as some rising stars. With that being said, here is a look at the most anticipated comics that are coming out in 2018.

Writer Saladin Ahmed teamed with artist Sami Kivela to create Abbott, which follows a tabloid reporter who finds herself getting pulled into a world of crime. The reporter seeks to discover the truth surrounding several murders so that she can mend the broken bonds in her family.

Michel Fiffe is in charge of creating the next chapter in the series centered around a team of un-dead government operatives. Fans are curious to see how Fiffe will be able to merge the character work with the plotting and action sequences.

Famous manga creator Leiji Matsumoto is bringing Captain Harlock to the United States. The first comic book will feature the origins of Captain Harlock so that those who are unfamiliar with the Captain can see how he rose to become famous. The second release that is coming out later this year will re-tell the story of a classic space opera that heavily influenced the future of mangaka. Zack Davisson will be translating and he guarantees that the English version will not differentiate from the original version by much.

Cecil Castellucci will help illustrate the thoughts of Shade, The Changing Girl, as she evolves into a new form five years later. Creating her new life won’t be easy for Shade, especially when she is confronted by memories of her past.

Greg Pak and Cory Smith will help oversee the tale of Weapon H, a creature that could be considered a hybrid of the Hulk and Wolverine. Weapon H goes into hiding, only to reappear due to a Wendigo attack.

Considered one of the strongest romances in the history of the X-Men, Rogue and Gambit are back for another chapter in their love story. The comic starts as Kitty Pride sends Rogue and Gambit on an undercover mission to find a group of kidnapped mutants. While Rogue and Gambit have had their disagreements, the pair will soon find that the feelings that they have for one another are still there.

The latest installment of DC’s Earth One series features the Green Lantern. Gabriel Hardman and Corinna Bechke have created a new origin story for Hal Jordan. Jordan will be an astronaut instead of a test pilot in this new tale. The Earth One series is considered a great symbol of how sci-fi and superheros can create magic.

The Terrifics will be making their debut under The New Age of DC Heroes line. This new team of superheros is made up of Phantom Girl, Plastic Man, Metamorpho, and Mr. Terrific. The team comes together after the events of Dark Nights; Metal.

Rise Of The Black Panther

What comics are you most excited to read in 2018? Chime in below!