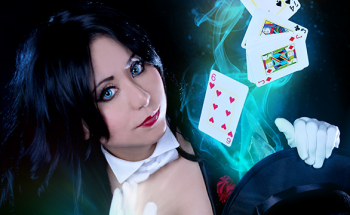 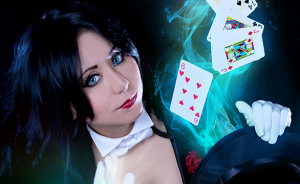 Zatanna originates from the brains of the wonderful comic book creators at DC Comics, and since, has appeared in numerous comic book series along with video games such as Injustice: Gods Among Us and DC Universe Online.  She has proven herself time and time again to be extremely talented and resourceful when it comes to the magical arts, making her an extremely formidable, unpredictable opponent for her enemies.

Cosplayer Witchiko is known for her incredible anime cosplays, but she decided to spice up her cosplay roster by becoming Zatanna, and she does so in an amazing display of cosplay perfection.  Sporting Zatanna’s magical attire, Witchiko looks nothing short of stunning, and is just as marvelous as Zatanna herself.

Photography by And Yamazaki