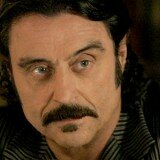 Ian McShane to Bring Back Dead Game of Thrones Character? 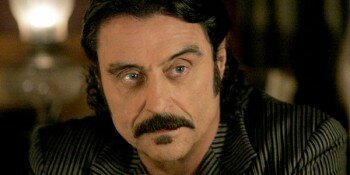 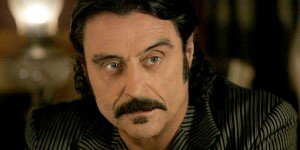 Plenty of Game of Thrones fans expect Jon Snow to be brought back. The promotional material for the 6th season keeps shoving him in our faces despite the insistent answers from the cast that Jon Snow has been killed off for real.

A recent interview with Season 6 newcomer Ian McShane is sure to perpetuate the discussion. In an interview with BBC Breakfast, McShane said he obviously couldn’t say too much about his role, but HBO execs and fans might have a different idea about what qualifies as too much.

“My character is an ex-warrior who has become a peacenik,” McShane said. “So I have this group of peaceful … sort of a cult, a peaceful tribe. I bring back a much loved character who everyone thinks is dead.”

Okay so let’s examine the language here. He brings back a character that everyone thinks is dead? Does that mean that the character is actually dead or that they’re alive but presumed dead? If it’s the former, I might expect that McShane is talking about Caitlyn Stark and we might finally get out Lady Stoneheart. If it’s the latter, he could be referring to the Hound. In the books rumors persist of the Hound surviving in disguise after a presumed fatal fight. The peacenik detail also sounds more in line with a character many fans believe is sheltering the Hound in the books.

You can watch the interview clip below.

Dammit HBO. We’re a month and a half away from season 6 and we still haven’t got a proper narrative, actual-season-footage trailer? WHAT IS THE DEAL?!

Game of Thrones S6E8 Review: “No One”
All That's Retro