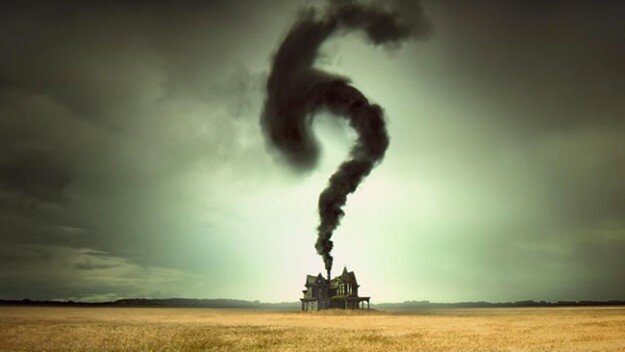 Following a slew of creepy-yet-vague teasers for the upcoming season of FX’s American Horror Story﻿, we may now have our first concrete plot details about the sixth installment of the hit horror series.

TMZ has managed to get their hands on the first AHS set photos. The set appears to depict a farm with colonial period structures and the word CROATOAN carved into a tree.

From all indications, AHS season 6 will center around the lost colony of Roanoke. If you’re a fan of history, you’ll remember the 16th century North Carolina community where 117 people disappeared under mysterious circumstances. The only clues left behind were a skeleton and the Croatoan-inscribed tree.

This unsolved historical mystery has a lot of potential for creepiness, so we’re excited to see where this storyline is headed. In the meantime, you can check out the season 6 teasers below!

New ‘American Horror Story’ Season 6 Teasers Give Nothing Away

Get a Glimpse of American Horror Story: Hotel at SDCC