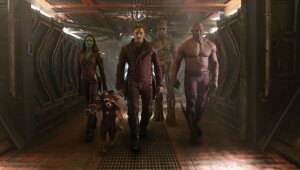 Guardians of the Galaxy has two new TV spots, both epic in every way but also featuring a little more backstory on a couple of our characters. Gamora is the last of her race and can kick some serious tail! Drax and Star-Lord are also featured and bring a little comedic relief.

On August 1, the Guardians of the Galaxy will be saving the planet one ass whooping at a time. You can check out the TV spots below, along with some official photos from the film.

“After stealing a mysterious orb in the far reaches of outer space, Peter Quill, a half human/half alien is now the main target of a manhunt lead by the villain known as Ronan the Accuser. To help fight Ronan and his team and save the galaxy from his power, Quill creates a team known as the ‘Guardians of the Galaxy’ to save the world.”

Guardians of the Galaxy marvel TV-spots

“Inside Out” Gets a Spectrum of Emotional Character Posters