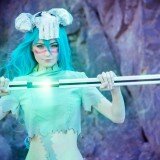 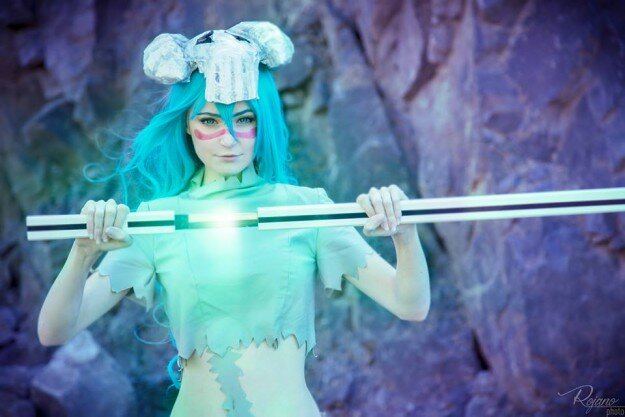 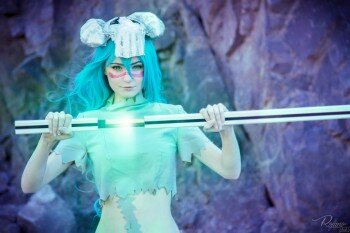 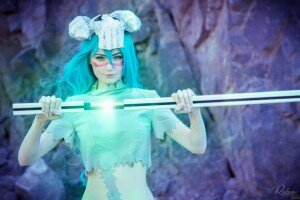 Nelliel Tu Odelschwanck (or Nel Tu for short) is a small, good-natured and childlike Arrancar, which are a group of Hollows that gained Shinigami-like powers by simple removing their masks. She has two forms, a child form, and an adult, or original, form. She once held the rank of the 3rd Espada, which is Spanish for “Sword”, and this is a top-ranked and very powerful Arrancar who served in Sosuke Aizen’s army of Hollow-Shinigami hybrids that served as the primary rivals of the Gotei 13. Nel in her child form speaks with a lisp and is less mature, but as Nelliel, she is more mature, composed, logical, and sophisticated than her child form and is level-headed in battle. 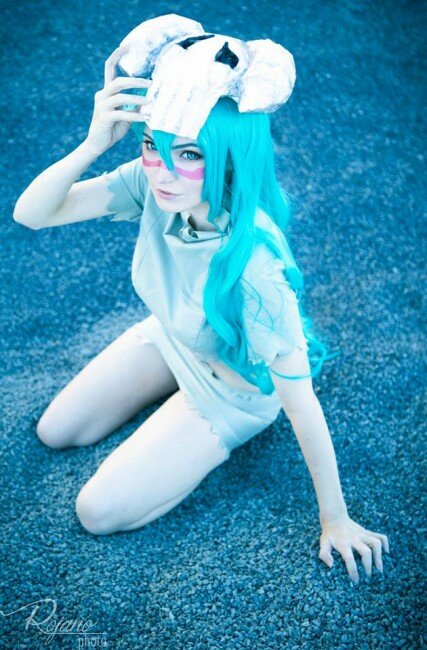 WhiteSpring Cosplay brings an absolutely ethereal beauty with her Nelliel cosplay. With her beautiful blue eyes and light colored gown and hair she really stands out against the darker background, which makes her look especially angelic. The detailing and care that went into crafting Nelliel’s Hollow mask is absolutely apparent and looks incredible from every angle. WhiteSpring Cosplay has really captured and replicated everything about Nelliel and brought the character to life with her gorgeous cosplay. 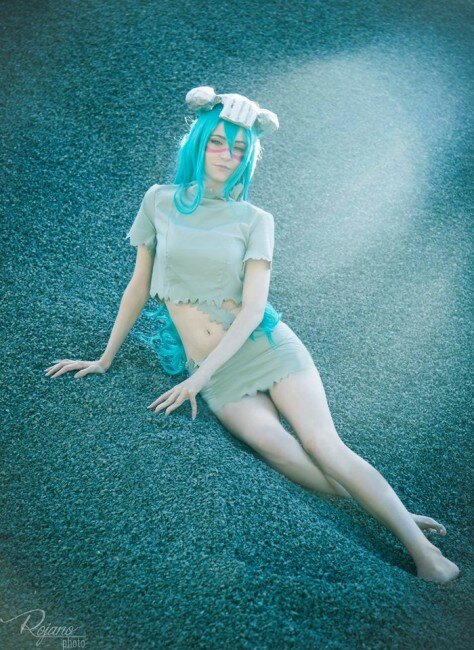