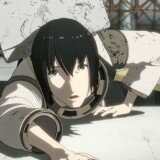 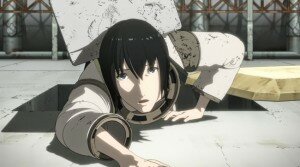 To add to the great shows under its wing, Netflix is coming out with an Anime series titled Knights of Sidonia. The show is 12 episodes long and will appear on the service July 4. Yup! What a great way to spend part of your Fourth of July, huh? Polygon Pictures produced the show and are the same producers behind Star Wars: The Clone Wars and Tron: Uprising. Kobun Shizuno is helming the anime series and in case you have no clue who Shizuno is, he directed GI Joe Sigma Six.

Netflix has listed the show with this description:

“The first Netflix original anime series, Knights of Sidonia, based on the popular manga series of the same name, follows Nagate, a low-born youth in a society of genetically engineered refugees who escaped the destruction of Earth one thousand years earlier and now occupy the massive ship Sidonia. When Nagate’s talent as a pilot is revealed he becomes one of Sidonia’s elite defenders against the Guana, shapeshifting aliens bent on eliminating humans from existence.”

The show has aired in Japan and is getting the final episode today. So, will the North American users be able to binge watch after all?

Game of Thrones’ Michelle Fairley to Join the Cast of Resurrection