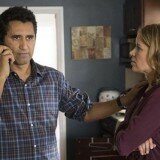 Fear the Walking Dead Episode 2 Review, “So Close, Yet So Far” 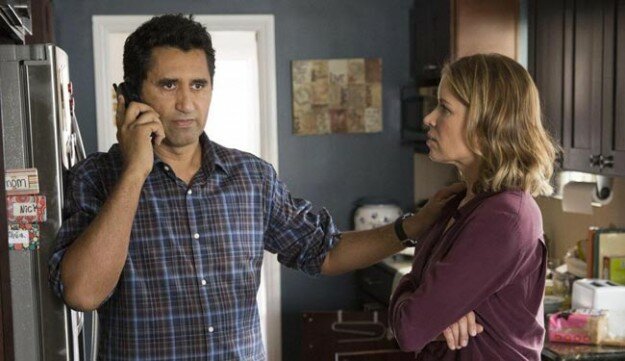 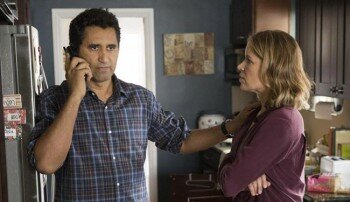 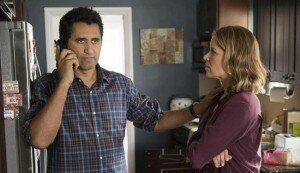 The Fear the Walking Dead premiere last week didn’t exactly blow me away, but I decided to cut it some slack and give Kirkman and company the benefit of the doubt that they would have something a little more action-propelled for us this week. Generally speaking, pilots tend to be constrained by the amount of exposition they have to lay out.

Unfortunately though, this week’s Fear, if we’re being honest, was quite a snooze fest. We got even more melodrama and even less walker scenes than in the pilot. That said, I’m rather worried about it being enough to stand on its own. As it stands, the show seems to forget that it’s a zombie apocalypse series.

After a brief little teaser in which Alicia discovers that her boyfriend Matt is sick (we fans of course know what that means), we’re right back to the melodrama surrounding the Clark family. As Madison, Travis and Nick are trying to flee the city, they contact Alicia who is with Matt at his house. Once they meet up with her, she and Madison argue about what to do with Matt. This precedes another scene between Madison and Nick, in which they’re both falling apart. At this point the characters are already so disoriented and weighed down by their own family problems that it’s hard to feel connected with them.

Meanwhile, Travis is busy trying to locate his own son, and we get another bickering scene between him and his ex over the phone. We then learn that his son Chris is out on the streets witnessing a riot after some cops gunned down a homeless man. Of course, this man had already turned into a walker and the police had no choice, but the crowds don’t know that.

Finally, after almost 40 minutes into the episode, we get a brief walker sequence in which Madison is forced to take one down. Inside the high school, she finds her troubled student Tobias, who asks her for his knife back. This comes in handy when the school’s principal turns and the pair have to defend themselves. Sadly though, it’s a pretty underwhelming scene in terms of both suspense and execution. It doesn’t make you jump or worry about Tobias and Madison making it out ok.

Once they do get out of there, Madison drops Tobias off at his house with less reaction to what just happened than one might expect. She offers to take him in until things get back to normal, to which the armageddon theorist replies that things are never getting back to normal. By the end of the episode, she and Travis are separated as he’s stuck with his family, and the episode ends on this note.

Let’s just go ahead and lay this out there. If I want something with strong character drama, I’ll watch something like Mad Men. If I’m watching The Walking Dead or something in the same universe, I expect a nice balance between zombie violence and human drama, but with a strong emphasis on zombies. So far, Fear has been mostly soap opera with zombie apocalypse thrown into it. There’s definitely an opportunity here, but currently there isn’t enough intrigue to maintain a substantial fan base.

Let’s look back at the characters for a moment. Now, the series is no doubt well acted, with strong performances across the border. Nevertheless, the character conflicts with one another aren’t enough to make me, and I imagine most viewers, care enough. On Madison’s side, Nick’s being a junkie is the main source of tension; while on Travis’ end, he and his son have the typical fractured relationship which stems from Dad not being around.

Maybe this is just a slow start and there will be more surprises as the series progresses. I’ll certainly hope for the best, but right now I’m much more excited about season six of TWD than seeing how this prequel series plays out.

Did you enjoy this article? We’d love to hear your thoughts in the comments below. For the latest on all that’s epic in gaming, movies, television and cosplay, follow us on Twitter or like us on Facebook!
28
SHARES
FacebookTwitter
GoogleWhatsappPinterestDiggLinkedinRedditStumbleuponTumblrMail

Hannibal Season 3 Finale Review, "The Wrath of the Lamb"

For three seasons of Hannibal, Will has danced around what[more]

Read our review of the premiere episode of AMC's Fear[more]