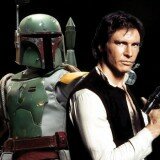 Epic Rumor: “Star Wars” Spin-Off to be a Heist Story 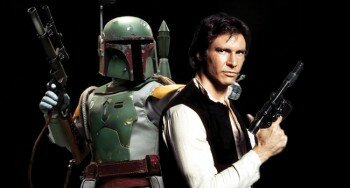 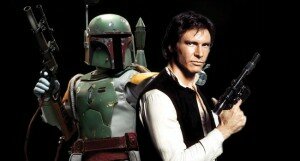 This could very well be the Boba Fett movie we have all heard so much about, and this is the first time we have heard anything at all. The movie, if the latest rumors are to be believed, will be a heist story. SlashFilm dug for answers with no luck, so we should take this news with a grain of salt.

The Gareth Edwards helmed spinoff is rumored to have a plot and filming should be underway in the coming months. The plot is described as “a group is out to steal plans for the first Death Star”.

The story itself seems to be bound to the A New Hope era of the franchise and it’s not necessarily the Rebel Alliance that has taken part. Seems that the mistake has been made but nothing has ever been official. The rumor remarks that there are seven bounty hunters who are hired for a job. Boba Fett could very well be one of those men. Disney and Lucasfilm declined to comment but there are several sources with plenty of information.

The story will be one of the largest stories in Star Wars history. Also, Luke Skywalker could be one of the leads in the film, claiming his path. We also lean on the idea that the Boba Fett spin-off, if in fact this is the movie, it will have strong ties to A New Hope.

There is a lot hidden but the information is bound to release in the coming months. Grab the salt and the lime but don’t forget your light saber. Let’s watch for more Star Wars news in the coming weeks.