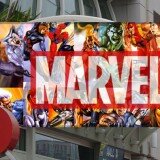 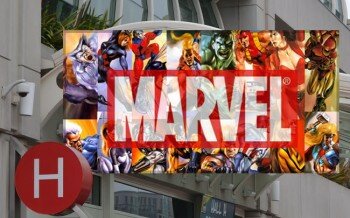 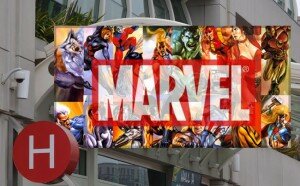 There are panels o’ plenty during the 4-day run of San Diego Comic Con. TV and film studios are represented in full force, including this year’s epic panels by Legendary, DC, Warner Bros. and more. The Marvel Cinematic Universe panel was undoubtedly a showstopper this year, and it had the lucky Hall H crowd in quite the frenzy.

Emergency Awesome captured the entire Marvel panel, and you can check out the video below. In just about 45 minutes, Marvel dropped a whole lot of epic, including announcements about Thor: The Dark World, Captain America: The Winter Soldier, Guardians of the Galaxy and The Avengers: Age of Ultron.

Chris Hardwick moderated the panel, which included a few epic surprises. What nerd does not want to know why it goes dark for a brief few moments? Which star pays a surprise visit? Who gets their ass kicked?

Anyways, enough with the teasing. Sit back, relax, and hit play to watch all of the Marvel goodness. Just don’t drink anything in the first few minutes. You may snort whatever it is out of your nose. Enjoy!

SDCC 2013: Watch the ‘Dawn of the Planet of the Apes’ Full Panel

SDCC 2013: Community is Taking a Step Back!
All That's Retro