The time has come for Sailor Moon fans to bask in all of the Sailor Scout glory as Sailor Moon Crystal has finally graced the market. Sailor Moon Crystal is a revamp of the short-lived 1992 manga-turned-anime series, Sailor Moon. Crystal takes us back to the very beginning, allowing us to experience the transformation of Usagi Tsukino into Sailor Moon all over again. While Crystal undoubtedly brings a graphical overhaul from the advancement in technology over the past 22 years, it lacks a bit of the iconic Sailor Moon essence that fans of the series would hope to feel.

Episode one, Usagi – Sailor Moon, introduces us to the Pretty Guardian herself. We get to see Usagi in the way that made us grow to love her, finding her easily relatable in many facets of life: she prefers sleeping and eating over studying, gets bad grades, and overall is not the exemplary daughter that one would hope for. She is the same Usagi from 1992. Only there is one difference. Sailor Moon Crystal has vowed to stay true to the manga series, but not necessarily the anime series. This is noticeable in one aspect of Crystal, which is the fact that we no longer see over-exaggerated expressions on Usagi such as extreme face contortions of disgust or larger than life teardrops bulging out of her eyes. While this may be a large complaint that fans of the original anime series may have, make note that, as stated, Crystal aims to maintain as true as possible to the manga series, which, unlike the anime, lacked such expressions. Therefore, Crystal cannot be held much at fault, and besides, we are too amazed by the experience of being back in the Sailor Moon universe again at all to care.

In the first episode, we meet all of Usagi’s friends, visit her classroom, witness her home life, and of course, experience her first expedition as Sailor Moon, which occurs after meeting a moon-clad cat named Luna. After hearing cries for help from her best friend, Naru, she runs to her aid to find that Naru’s mother’s body has been taken over by a monster, seeking to drain the town’s energy through her tainted jewelry that she had sold at greatly discounted prices. 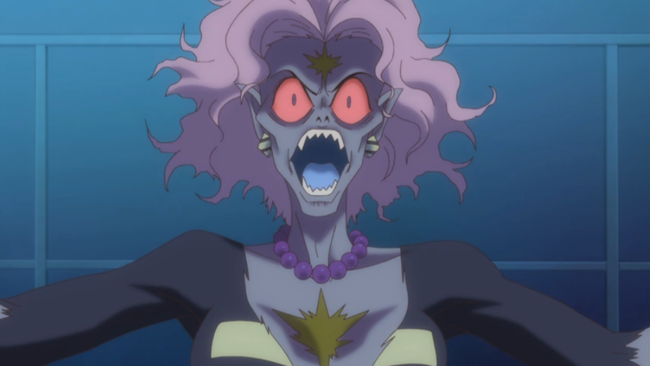 Overall, episode one of Sailor Moon Crystal proved to be a beautiful experience. We got to delve back into the adorably clumsy life of Usagi Tsukino and her alter-ego Sailor Moon, get romantic vibes with the series hunk, Tuxedo Mask, and fight evil by moonlight in typical Sailor fashion. While there are noticeable differences from the original 90s anime that fans may be disappointed by, do not be discouraged, as there is still a lot of fun to be had in Sailor Moon Crystal.

‘Guardians of the Galaxy’ Anime Debuts in Japan

Top 10 Anime Characters that Should Sue their Stylist