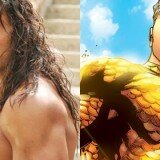 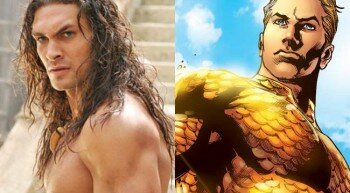 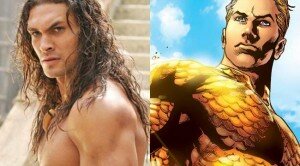 So…is Jason Momoa really a part of the new Batman v Superman: Dawn of Justice? It seems that Momoa is working on finding those answers himself, and it could still be a while before we get official confirmation, even though IMDB has him listed as Aquaman.

Momoa was at a panel during Evolution Expo, and a question was asked about what comic book character he would like to play. This more than likely had the fans screaming. Momoa stated at the panel, “I think it would be really, really fun to play a superhero. You know? I’ve always talked about, like, what’s your favorite. I mean I love Lobo so… but ah… You know. It would be awesome. I don’t know how they do it but… Yea, absolutely I think it would…I just don’t really see myself as a superhero. Yeah, no I mean, they’re kind of written a little different. I don’t know. I just… you know. I’m not wearing a lot of the…I don’t see myself in tights a lot. And ah…I’m more of a, I don’t know, an anti-hero if you will. In life. So, not the smiling, parading to saving the world kind of guy. Yeah, the Hulk would have been fun!”

What are your thoughts on Jason Momoa as Aquaman?

Tarantino’s The Hateful Eight to be Distributed by Weinstein Co.

Dwayne Johnson to Star as Black Adam in ‘Shazam’

Back to the Future Getting Huge 30th Anniversary Screening
All That's Retro
Search: