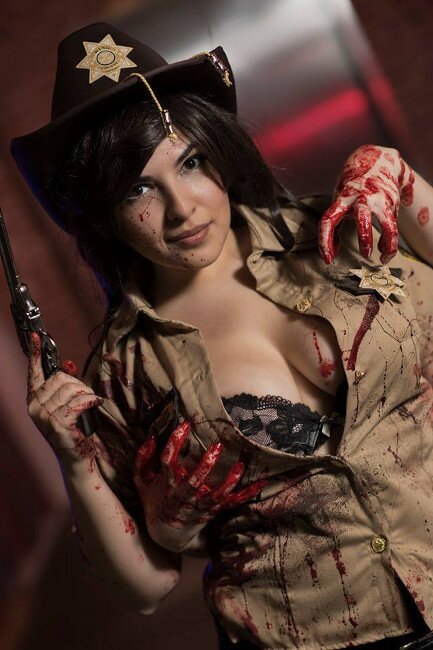 Walking Dead has taken the nerd community by storm and Rick Grimes has been one of the characters leading the charge. Former police officer Rick Grimes was shot in the line of duty only to wake up in the middle of a zombie apocalypse. He is separated from his wife, Lori and his child, Carl. His zombie apocalypse journey begins as he searches for his lost family.

Outside of the Walking Dead universe, Rick Grimes has become internet famous with the meme that has gone viral with him and his son, Carl. The humor of the meme is a harsh contrast to the Rick’s actual present mental and emotional state in the show. We’ll leave out the spoilers and let those who haven’t watched show go check it out for themselves.

Cosplayer Mariedoll genderbends Rick Grimes in this amazing cosplay. As funny as she is cute, Mariedoll is a wonderfully talented cosplayer with an incredibly varied wardrobe. After cosplaying for several years, she has brought us familiar faces like Velma, Black Cat, Morrigan, and more. Drop by and check out her page to see all of her gorgeous cosplays!