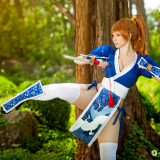 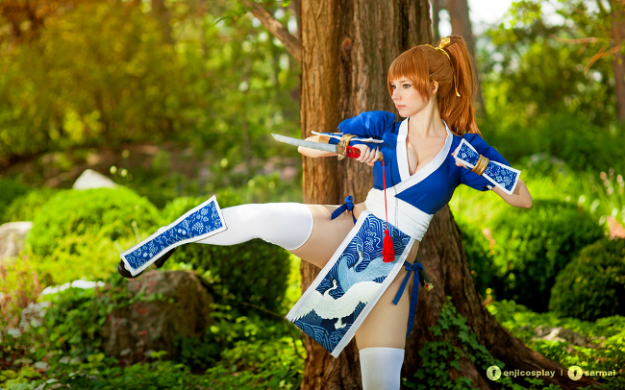 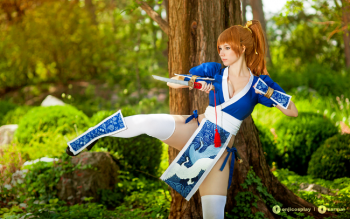 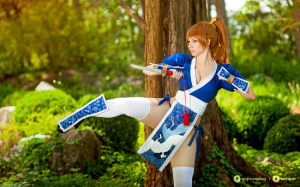 Kasumi is a staple of the Dead or Alive series, appearing in the first game and soon becoming its mascot. Leaving her clan at the risk of death if she tries to return, she enters the Dead or Alive World Combat Championship in order to restore Hayate’s honor. Winning the first championship, she was captured in order to be used to create the ultimate fighter. Thus starts Project Alpha. This story line continues into Dead or Alive 5, where Kasumi is on the hunt for Alpha-152. 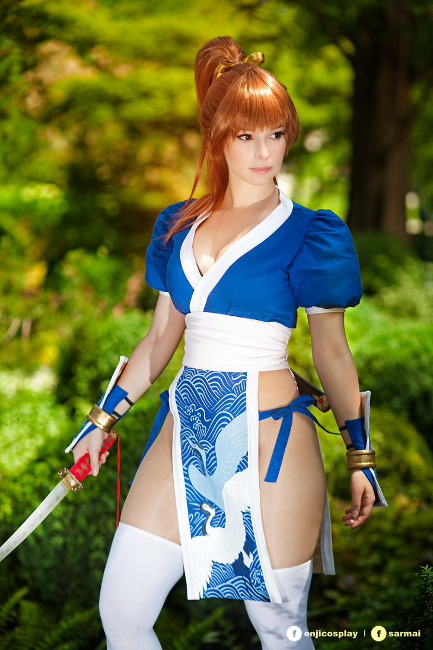 Cosplayer Enji Night slips into her shinobi outfit in this epic Kasumi cosplay. Sticking with the blue color scheme, her attire is perfect. From the design of the dress to the swan pattern on the bottom and shin guards, to the yellow ribbon in her hair, Enji Night knocks this cosplay out of the park. Posing in various positions to show off her martial skills, she is ready to take down Alpha-152 and anyone else that stands in her way. 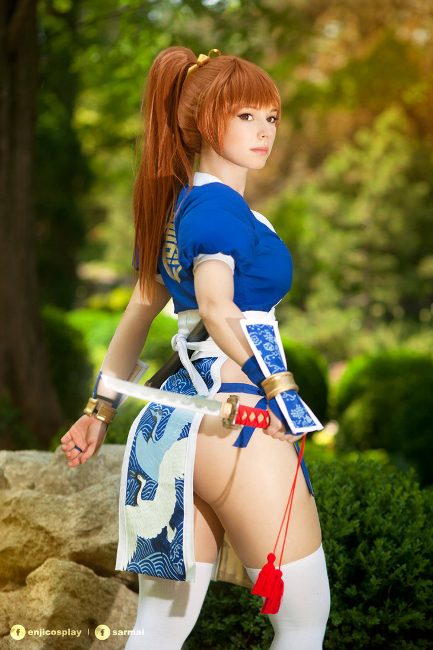