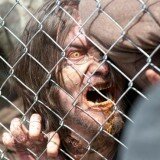 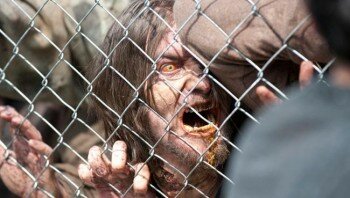 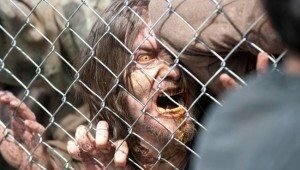 In last week’s preview of The Walking Dead, there seemed to be some sort of uprising that was about to happen. The good news is that this is a completely awesome episode with many gasps that are bound to escape from your mouth. The only bad news is that we will have to wait 7 days to see exactly how this will pan out even more. Major spoilers are ahead so if you don’t want to know, just remember: you have been warned!

This week’s episode starts with Rick driving very solemnly; looking at the watch Carol gave him before they parted ways. It quickly switches to Hershel, Sasha, and Glenn trying to help one of the sick. He appears to be short of breath and as they intubate him, he’s calmer while Glenn and Sophia still cough and hack. Hershel orders them to drink some of the tea and tries to joke around with them, saying that the new rule is to have Spaghetti Tuesday on Wednesday after they find some spaghetti. Hershel coaches Sasha on how to help the man while he and Glenn go on rounds to the other sickly people. As they walk down the cell block of all the sick, they find some that are dead. Glenn goes to dispose of one of them but Hershel stops him and instead wheels him out of the area to discreetly dispose of him. Lizzy asks them what they are doing and Hershel replies that they are helping him by taking him to a quieter place. He gives her the job to read Tom Sawyer and drink some tea before the night is over and she leaves. Once away from the others, Glenn puts down the man as he reanimates.

Maggie meets up with her dad with the glass separating them. She asks about Glenn and he says he’s resting when he’s not helping cure the sick. Maggie wants to so badly help her dad out by going in there but Hershel tells her no very sternly. He then asks how Beth is and she says she’s fine. He asks her to hold it together a little longer and tells her he loves her. Such a touching moment between father and daughter! Glenn basically thanks him for talking her out of coming in and helping.

Maggie goes out to the caving fence and starts killing walkers when Rick gets back to the prison. As much as he tries to avoid the conversation, Maggie wants to know what happened to Carol. He explains that she killed Karen and Bob to stop the infection. Rick says he will tell Hershel but to keep it under wraps until everyone is back. Rick senses that Maggie questions his actions and he asks if he was right to do it. Maggie retorts and asks if he believes she did it and when Rick replies with a yes, she tells him that he did the right thing but she wouldn’t have had the strength to do it.

Rick heads back inside to find Carl and they have a brief conversation about Judith and if everything was okay. Carl asks if he can come out yet and Rick wants him to stay in quarantine for a little while longer. Hershel is still going around the sick ward and checking on the ill. Glenn goes to help with the man who was freaking out earlier and Hershel goes to check in on Dr. S. The sick doctor is incredibly pessimistic about his chances of survival and he knows deep down he cannot make it and then tells Hershel to focus on those who can be saved. Hershel refuses to give up on the doctor but the doctor tells him to shut all the doors in case they turn during the night.

As Hershel starts closing cells, a man walks out of his cell and dies as he falls. The others watch as he dies and he tells them to get back to their cells. Sasha comes to help but Hershel basically tells her to go back to her cell while he wheels the body to be disposed of. He makes sure the man is dead and stabs him in the head as Rick comes up to the glass. Rick asks if he’s okay and he says he’s aware of the sick knowing about the potential of death but he never wanted to see it happen. Rick reaffirms his faith in Hershel when he tells them they also see him trying to help them as well. Rick then tells him about Carol off screen and Hershel goes back to shutting cell doors. He finds Sasha on the floor and tries to save her as one of the sick reanimates. We find out she was just dehydrated and passed out but as she regains consciousness, she commends him for coming into the cell to help, even though she though he was foolish to risk his health.

Glenn finds the man they were trying to help earlier dead and as he tries to resuscitate him, Glenn starts coughing up blood. Lizzy finds Glenn as some of the dead come back to life. A sick man is bitten after pulling a gun and trying to help and Hershel is tackled by one of them. Rick and Maggie hear the shots outside. Rick tells Maggie to go inside to see what’s going on while Rick goes to find Carl. Hershel escapes while Lizzy distracts the recently turned man from hurting Glenn. The walker manages to grab her but Hershel saves her by throwing him over the railing. Hershel rushes to see what’s going on with Glenn as Maggie tries to break into the sick cell block with no luck. Maggie breaks down the glass to get in as Hershel fends off the walkers coming for him. Maggie helps her dad try to save Glenn as they intubate him and they manage to save him from dying.

Rick and Carl continue to work on the fence but the reinforcements break, walkers start flooding to the inside walls of the prison. Rick and Carl escape and Rick has the idea to put the bus up against the fence e to try and keep the walkers out. Carl questions whether or not that will work but with walkers gnawing at the fence, they don’t have much choice. They stock up on ammo as Rick tells him to either shoot or run. Before they go to get the bus, they start taking out the walkers, who have now broken down another barrier. The father and son team manage to take out the intruders together and as they make sure the walkers are truly dead, Daryl and the others get back to the prison. Tyreese rushes to Sasha’s side and they embrace as she still shows signs of weakness. Maggie and Hershel, with the help of Bob, tend to Glenn more now they have the things they need. Maggie tells her father to go rest and Hershel walks back to what use to be Dr. S and glances at a bible as he starts weeping.

As daylight breaks, Rick walks outside to find Michonne disposing of bodies. Rick offers to help but Michonne declines. Carl catches up with his dad to help with the things that need done. Hershel talks to Tyreese and Daryl briefly when Daryl asks about Carol. Hershel tells Daryl to talk to Rick about it and he ends up going for a ride with Michonne. Rick and Carl tend to the plants they’ve been growing as they finally see some of the fruits of their labor. As the camera pans off, you see the Governor staring at the prison.

All we can say is what an episode! Definitely the best out of the season so far and it can only get better from here on out. Raise your hand if you’re as excited to see another show off between Rick and the Governor! Okay, maybe we can’t see your hands but we know you’re just as excited as we are to see a plot hole almost filled!

Game of Thrones 5.02, “The House of Black and White” Review

Once Upon a Time: "Sympathy for the De Vil" Review

In short everything’s terrible, but there is still enough room[more]

Once Upon a Time: "Heart of Gold" Review

Read our review of ABC's "Once Upon a Time" Season[more]

Game of Thrones Season 5 Episode 1, “The Wars to Come” Review

“The Wars to Come” really is an episode about just[more]