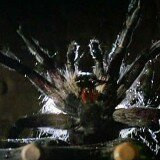 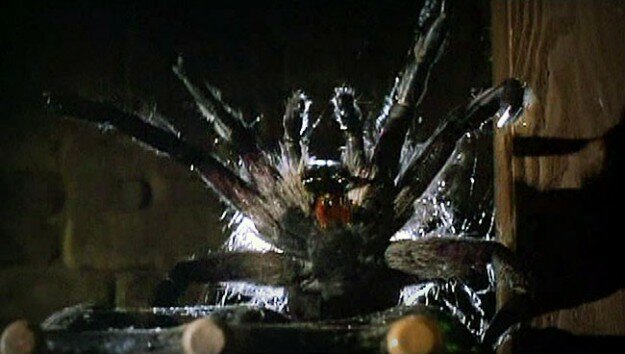 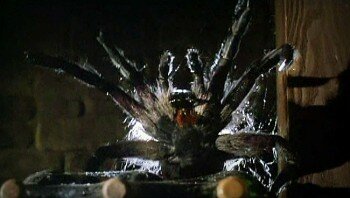 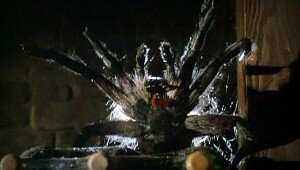 Each year, when Halloween rolls around, we hear the same movie suggestions and lists of “best Halloween movies” over and over. Ghostbusters, Halloween, Hocus Pocus, and even It’s the Great Pumpkin, Charlie Brown usually dominate such discussions. However, keeping in line with the fact that some of us are too wimpy to watch horror films, as well as tired of the same old movies, I set out to find a few different options for Halloween this year.

For starters, any of the movies from our list of Creepy Movies that Keep Grown Men Up at Night are perfect options. They’ll mess with your head, get you thinking about the eeriness of each film way too much, and generally provide you with a spooky Halloween fix. But if none of those movies cut it for you, here are five more different movies to watch this haunted holiday.

Now, initially, this might seem like a bit of a stretch. And you may find yourself asking “what does Spidey have to do with Halloween?” The fact of the matter is that the 2002 version of Spider-Man has all the trappings of a great Halloween movie. Think about it. The movie is about a showdown between a guy dressed in a red and blue superhero costume fighting against another guy decked out in a goblin outfit. That sounds pretty Halloweeny to me. Also, Green Goblin throws pumpkin bombs, and is generally a pretty scary dude, thanks mostly to an awesome performance by Willem Dafoe.

While more recent Spidey entries might overshadow the 2002 classic, alongside X-Men, Spider-Man started the dizzying Marvel movie craze that we still find ourselves in today. And for that, Web-Head, we thank you.

Shaun of the Dead

I’m just going to go ahead and make a fairly bold statement here: Shaun of the Dead may be the best zombie movie ever made.

Now that that’s out of the way, let’s look at why this movie is an easy pick for your fright night flick. First off, and most obviously, the dynamic duo of Simon Pegg and Nick Frost are stellar in this comedy thriller. They are backed up by a great supporting cast, including (briefly) Bill Nighy. The dialogue is witty and fast-paced, the action scenes leave little to be desired, and the all the gore you could want from a zombie movie is there, too. If you somehow have not had the chance to ever watch this cult classic, then you are really missing out.

Harry Potter and the Sorcerer’s Stone

Witches, wizards, nearly-headless ghosts, spells, potions, and, of course, a troll in the dungeon (thought you ought to know. It’s a pity that we don’t see the Harry Potter films as standard Halloween movies, because they probably include more standard Halloween aspects than any other film.

Really, any HP movie would be suitable for October 31st, but I chose Sorcerer’s Stone for its blatant introduction to magic and vast array of mythical creatures. But if Sorcerer’s Stone isn’t you’re thing, the giant basilisk in Chamber of Secrets and the supposed serial killer on the loose in Prisoner of Azkaban both make for excellent Halloween movies as well.

Cloverfield is like the ultimate mashup of Godzilla, Alien, and The Blair Witch Project. Like Blair Witch, Cloverfield is a found footage film, and like Godzilla, the plot of a movie is that a giant creature is attacking the city, killing everything in its path. And, like Alien, little versions of the Cloverfield Monster materialize inside humans and then burst out of the abdomen, killing the host.

Cloverfield is criminally underrated, and is one of the best monster films I have ever seen. Produced by J.J. Abrams in his post-Alias, mid-Lost career, I consider it one of his greatest films.

When I was about six or seven years old, I discovered that I had a paralyzing fear of spiders. Naturally, my father, thinking it was just a phase, decided that the best thing to cure me of my fear was to watch the 1990 film Arachnophobia. I haven’t seen it since that first viewing twenty years ago, but there are a few things that I can say for certain:

First off, Dad, you were wrong. Your plan did not work.

Second is that Arachnophobia is genuinely terrifying. It may just be me, but you can’t pick a creepier villain than a spider. And Arachnophobia centers around a new species of eight-legged freak that basically kills anything, instantly, once it bites. There’s a part where a spider gets in a person’s slipper. Dead. And another one gets into a football player’s helmet. Goner. Arachnophobia will have you feeling creepy crawlies all over your skin long after the movie is over.

A Newcomer’s Guide to Lord of the Rings

A Newcomer’s Guide to The Harry Potter Series
Search: