Look at This Elizabeth Comstock Cosplay and Wipe Away Your Debt 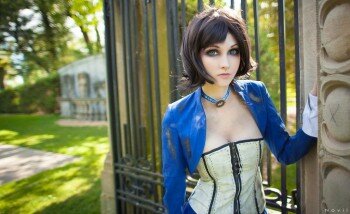 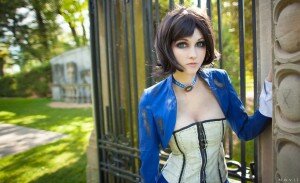 It doesn’t matter if your first encounter with the BioShock series submerged you under sea or if you were up in the clouds, chances are you instantly fell in love. Despite BioShock Infinite’s release already nearing its three year mark, fans still have a lot to say about the title. And why wouldn’t they? From its beautiful settings to the intricate characters, there’s a lot to love in the BioShock series as a whole.

Booker DeWitt and Elizabeth Comstock make quite the team, “tearing” their way into the rooms and homes of many gamers. While people seemed to find an attachment to both characters — seeing as they are both amazing in their own right, many female cosplayers have taken to struttin’ their stuff dressed as Elizabeth Comstock. Since the title released, the once shy and timid female — who quickly flourishes into something that is vibrant and courageous, Elizabeth has remained very popular.

Despite there being a plethora of Elizabeth Comstock cosplays we could have commended, not everyone has done as good of a job as Shiro Cosplay has done at becoming the young woman. The detail she’s put into this cosplay — such as the rips and tears in Elizabeth’s outfit, really give it that life like and real feeling. Shiro has even made it as if the outfit had been wore — toughing the extremes that Booker and Elizabeth must go through together. This is much more than a cosplay, it’s a true homage to Elizabeth Comstock and for that Shiro Cosplay deserves high praises.

Bayonetta Cosplay is a Sultry Beauty

Bioshock Infinite Burial at Sea Elizabeth Cosplay is a Classic