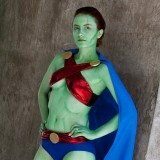 Get Gender-Bent: A Martian Manhunter Cosplay! 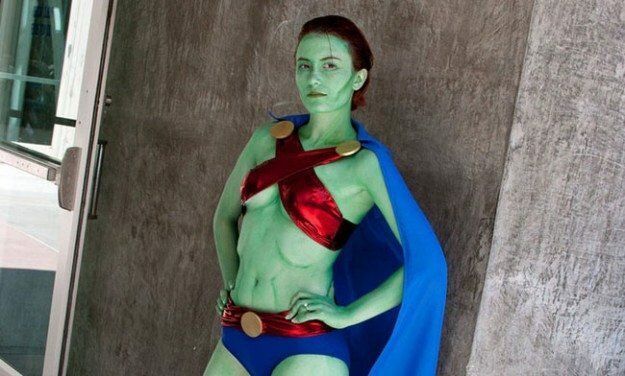 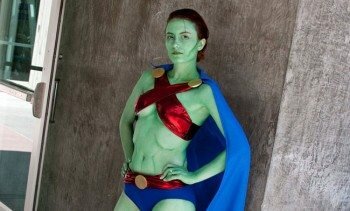 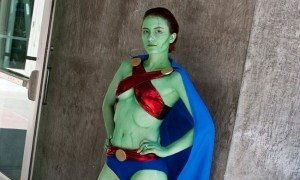 Injustice: Gods Among Us has been allowing us fighting fans to kick some superhero butt with our favorite DC Comics characters for a few months now. With various stages, backdrops, and even interactive environments, Injustice has been one of the most immersive fighting games of recent years. Taking control of fan favorites such as Harley Quinn, Batman, Superman, and The Joker, many of us have poured endless hours into perfecting our chosen fighters. Well, now we have one more to master, as it has recently been announced that the most muscular extra-terrestrial around, Martian Manhunter, will be making his Injustice: Gods Among Us debut. 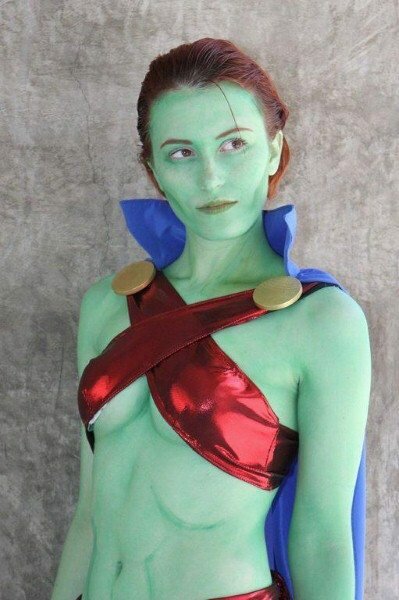 To say Martian Manhunter had lost it all would be an understatement. Being the last man standing on planet Mars, all of his friends and family have been lost. Alone on a planet that he used to love, with cherished memories of his wife and daughter, such an extreme loss was detrimental to Martian’s health, almost driving him to the depths of insanity. Luckily for him, he was brought to Earth before he was too far gone.

Being accepted into The Justice League of America, Martian Manhunter is able to rebuild a life with friends who love and support him and finding a new place to call home. Although he will always love his home world of Mars more than anything, he cherishes Earth, a planet that accepted him and saved him from the brink of insanity. 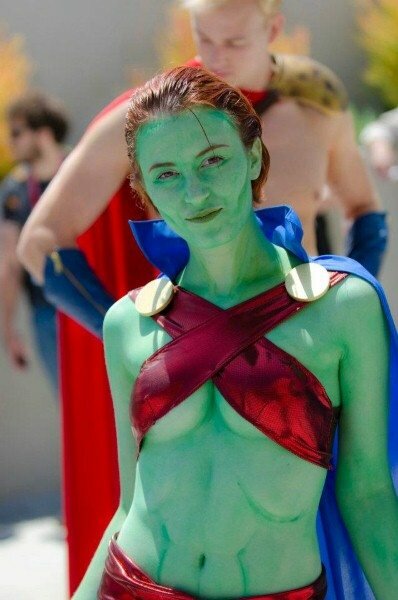 During launch week of Injustice: Gods Among Us, we featured the baddest DC fighting babes appearing in the game. And although Martian Manhunter is obviously male, we thought this female version of the infamous alien was well-deserving of a place amongst her fellow DC women.

Claire Max created this awesome gender-bent cosplay of Martian. With perfectly done green body paint, scanty apparel, and the final needed finishing touch of some drawn-in abdominals, this female version of Martian Manhunter definitely does him justice. If only she were being added into Injustice: Gods Among Us! 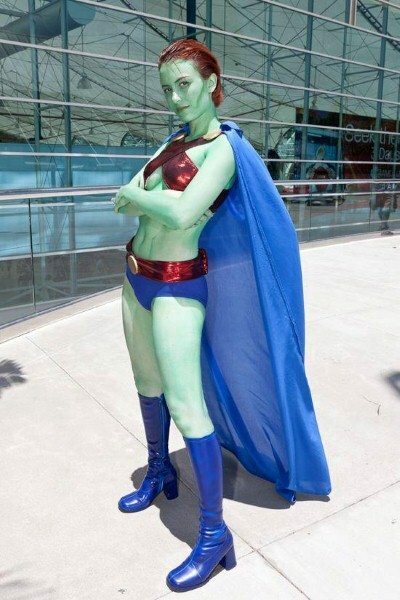 Want to see some epic cosplays of the rest of the DC Universe babes that were featured during our Injustice: Gods Among Us week? Well, here ya go!: