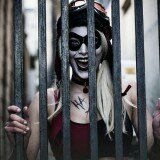 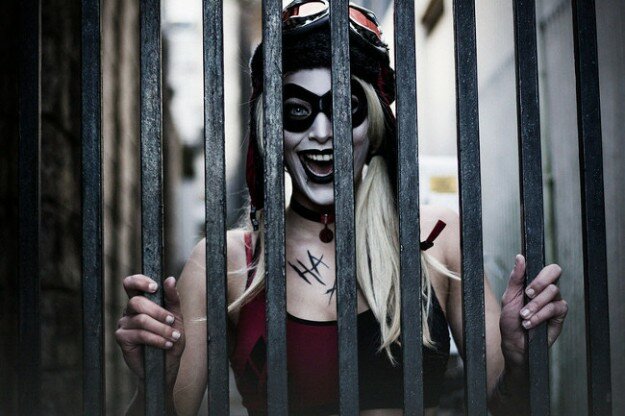 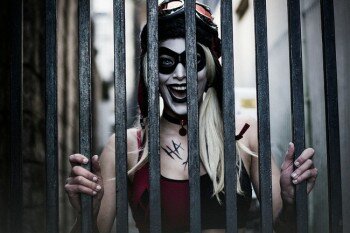 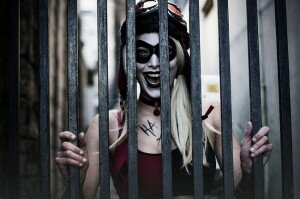 DC Comics’ Harley Quinn is not only a fan favorite in the comics and Batman universe video games, she’s also become extremely popular to cosplay. And why not? Harley is beyond fun and awesomely badass in an adorably deranged and seriously spunky way. Harley is sassy, comical, dangerous, and nothing if not determined. Various incarnations of her have taken on a darker, more truly villainous tone, yet she remains lovable. Introduced in the 1990’s in Batman: The Animated Series as psychiatrist Dr. Harleen Quinzel who worked at Arkham Aslyum, she soon encountered the Joker, fell in “Mad Love” with him, and began a new career in crime as Harley Quinn. Since then, she’s been a Gal Friday to her beloved “Mistah J,” a best friend (and lover, according to many fan theories) to Poison Ivy, part of the Gotham City Sirens, a crime boss on her own, part of the Suicide Squad in New 52, and has kicked serious ass in several of the Arkham series video games.

Harley’s costume has changed dramatically from the original, depending on the media or source, but she’s best known for a black, red, and white harlequin look. Variations on the full bodysuit from The Animated Series have sometimes made use of her blonde hair and athletic physique. Miss Quinn’s various costumes give cosplayers a huge amount of creative leeway to work with. And her worldwide popularity means that cosplayers can interpret her in various ways and still be easily recognized. 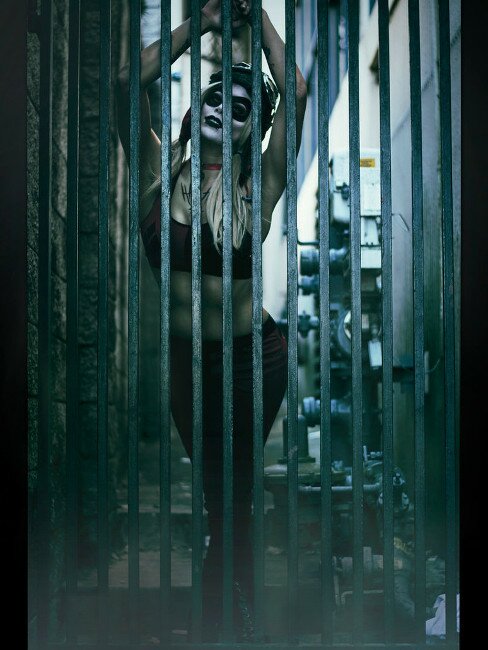 Here, cosplayer Miss Sinister totally rocks as Harley in a killer photo series. This is a great example of how cosplays don’t have to be intricate or complicated to be incredibly awesome. The familiar black and red costuming is there, along with the white makeup, black mask, and blonde hair. But what really sells this cosplay is the photography and Miss Sinister’s ATTITUDE. Sexy, athletic, kick-ass, and just the right amount of Harley Quinn crazy. Kudos to Miss Sinister and photographer DJ Crow for doing such a stellar job of capturing the mad fun of Harley.