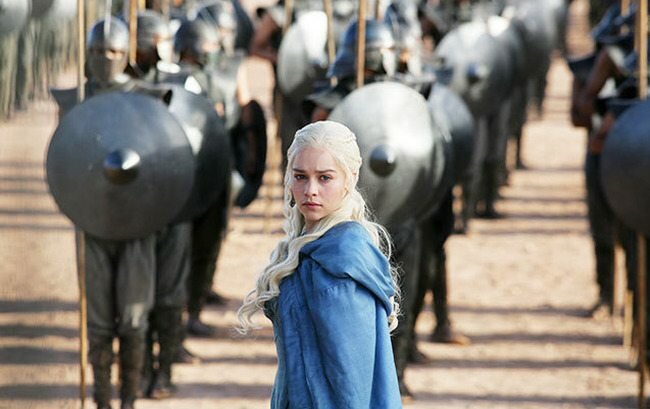 Life Lessons From the Ladies of Game of Thrones

Fighting White Walkers, riding dragons, and ruling a kingdom may not be a part of our everyday lives, but we can all (yes, even the fellas) learn a little something from the formidable ladies who brave the terrors of the Seven Kingdoms. 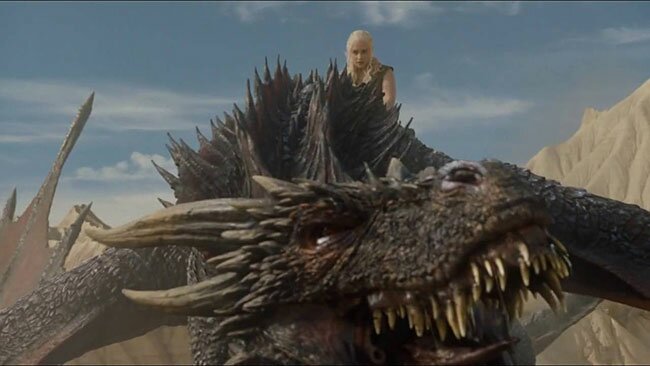 Life Lesson: Never accept the boundaries placed on you.

Shocker: our list begins with Dany of a Thousand Names, but we can’t help it if she continues to be awesome week-by-week. The dragons don’t hurt either.

In “Book of the Stranger” (S6E4), Dany was doomed to spend the rest of her days among the dehumanized Dothraki widows in the temple of the Dosh Khaleen. If Daario and Jorah could not save her, how could the Queen–the Mother of Dragons–adapt to such a menial life? To ask that question is to accept the defeat of Dany’s situation, and what she has reminded us over and over again is that there is no reason to accept the circumstances we are given. 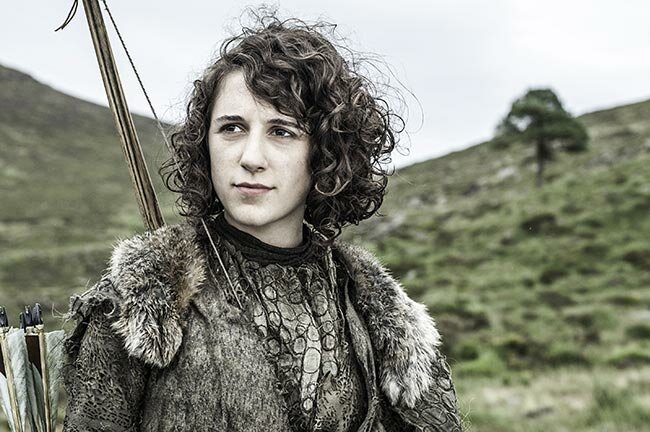 “Some people will always need help. That doesn’t mean they’re not worth helping.”

Meera Reed is a skilled fighter and a fiercely devoted sister. She followed Jojen on his quest to find Bran Stark simply because she believed in him and continues to do so after his death. When her brother was killed, Meera extended her compassion and protection to Bran even though she would have been justified in abandoning him. There is something incredibly powerful in her blind faith and unwavering loyalty, two qualities that are tragically rare in Westeros. 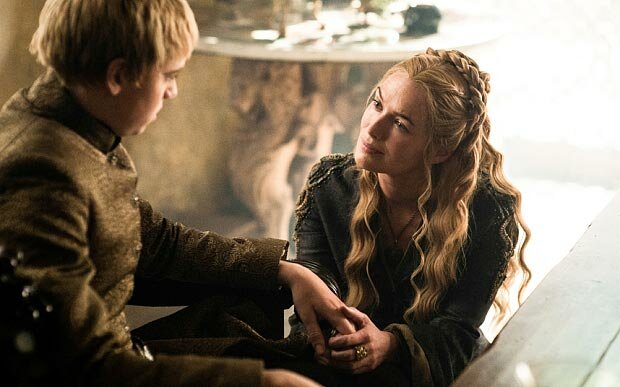 Fight tooth and claw for those you care about.

This may seem like an unexpected addition to the list, but Cersei is an intelligent, fierce–and often misunderstood–woman. Consider her circumstances: forced into a loveless marriage, she sought comfort in the arms of the only person in Westeros who understood her. Yes, that person WAS her brother, but bear with me. She gave birth to three children and from the moment they drew breath, she vowed to protect them from the milieu of enemies that stood against the Lannisters and the crown. She may often act out of fear, but Cersei learned intimidation and exploitation from birth. At a young age, she was differentiated from her twin brother with a dress while he sported a sword and armor. If her actions had been those of a man defending his honor and his family, how differently would we judge her? Cersei sees no distinction between herself and Jaime despite what her father and her kingdom tell her, so she sees nothing wrong with her decisions.

Her expression may be stern and unwelcoming, but with the looming threat of the Seven Kingdoms closing in on her children she strikes out like a lioness protecting her cubs. She isn’t admirable for her dedication to her ill-fated young but for her refusal to accept judgment or prophecies. Sometimes Cersei’s decisions can be rash and selfish, but if Catelyn Stark had done the same for her family we wouldn’t bat an eye. And for such a cruel woman, Cersei has an unwavering devotion for those she cares about. 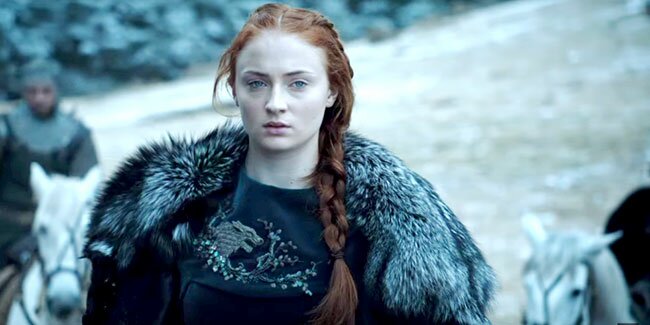 Know who you are and wear it like armor.

Okay, that may sound like something Tyrion would say, but the notion rings truest for Sansa. Through all her tribulations, Sansa refuses to give up any part of herself. The young girl who wanted to marry Joffrey may have been naive, but she has been consistently loving and compassionate in spite of those who have tried to hold it against her. Joffrey beat her, Cersei scrutinized her, Littlefinger used her, and Ramsay raped her, but they never broke her. She fled their abuse and found the people who would never try to change her: Brienne and Jon.

The scene at Castle Black, where Sansa gives Jon a handmade cloak, is the first time we see her bearing the Stark sigil. The fact that she made the dress herself and wears it is emblematic of her emotional journey thus far: “I am Sansa. Though my enemies have tried to break me, I am still a direwolf. I am still a Stark.” 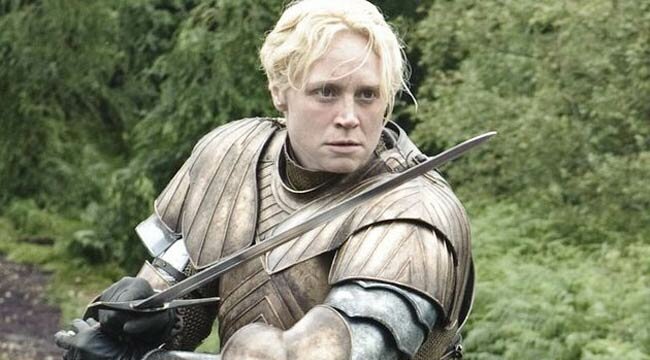 The most interesting thing about Brienne isn’t the fact that she’s a woman who wears armor. It’s that she will do whatever it takes to do the right thing. When she makes a promise, there is nothing that will stand in her way, be it man or beast. The will to honor her oaths seems to give Brienne endless courage, and it is inspiring and comforting to know that she can always be counted on. No one doubted her ability to find Sansa, and now that Brienne has found her lady we can’t wait to see what she’ll do as Sansa’s sworn sword.

Another lesson we can learn from the Lady of Tarth: fight bears. It’s badass and it will make the hot guy permanently indebted to you. And perhaps one of the prominent figures among the wildlings will be very impressed by you (#BriemundForever). 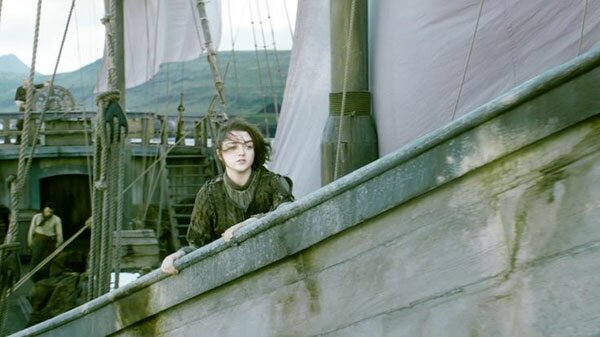 Don’t pursue revenge at the risk of forgetting who you are.

Through Arya’s trials in the House of Black and White, one thing about the Many Faced Men has become quite clear: in order to become an assassin, Arya must forget her past and become No One. As cool as it would be to see young Arya as a stealthy, merciless killer, it’s far cooler for her to just be Arya. Tasked with carrying out the murders of strangers, Arya has begun to see the distinction between justice and cold-hearted revenge, and thankfully it seems like the righteous Stark in her has won out. 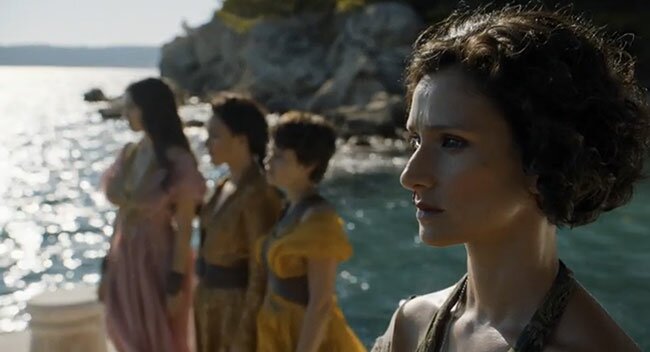 Nothing. Don’t do anything they do. Ever.