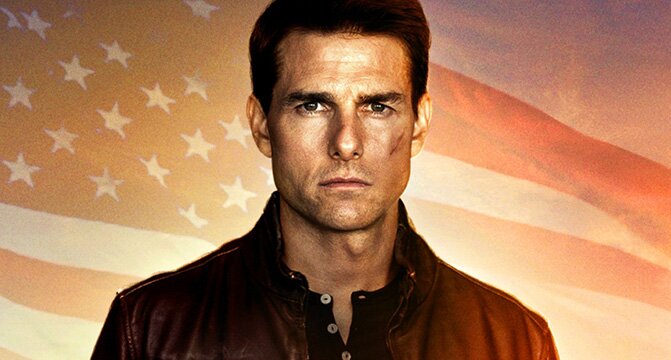 2012’s Jack Reacher was a bit of a sleeper hit. Based a the novel by Lee Child, it eschewed typical action movie clichés by delivering hard, brutal, and tightly choreographed fight scenes, keeping a high level of suspense, and focusing more on sharp detective work and intellect rather than flash and flair. It was a great action thriller that defied expectations. The sequel, Jack Reacher: Never Go Back, hardly resembles its predecessor in any way.

The opening scene wastes no time in re-introducing you to Reacher (Tom Cruise), as he takes down a group of corrupt police officers with the help of a Military Police Major. That Major, Susan Turner (Colbie Smulders), commands the same division of MPs that Reacher himself once commanded. The two have never met, but Reacher heads to Washington, D.C., to take the young Major out to dinner. This is the “going back” that the title refers to as Reacher heads back to the very building that he used to be in charge of. Upon arriving, however, Reacher finds that Turner has been arrested for espionage, while he is arrested for murder. Together, the duo must clear their names before they are hunted down by enemies on both sides of the law.

There is more than enough action to keep most people entertained, and the fight scenes and shootouts are strong enough to justify calling Never Go Back a good action film. One scene, though brief, stands out among the rest as one of the better action sequences. Discovering that he is being followed, Reacher confronts the men doing the following. They sit in a vehicle, and Reacher punches through the glass, hits the driver in the face, and steals the passenger’s gun in one quick, fluid motion. This scene takes place early on, and seemed to hint at the tone and brutality that the rest of the movie would be built on. 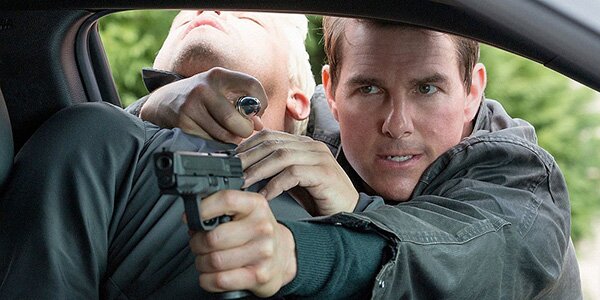 Sadly, however, very few scenes contain the deliberate, bone-crunching fisticuffs that make this scene, and the entirety of the 2012 movie, so great. The fight choreography is dumbed down with simple moves, fast edits, and shaky camera work. The absence of each of these elements is what originally made Jack Reacher a successful film. He was a character that saw each move of the fight before it even happened and could dispatch his opponents with just a few choice hits. He was never invincible, just smart. Instead, in Never Go Back, Reacher’s fighting skills are slightly above average at best, and he never uses the combination of keen intellect and brute strength that should make him a force to be reckoned with. All this would be fine if Never Go Back didn’t have any expectations to live up to, but it surely does.

The plot is simple enough, but the confusing mishmash of scenes in the first twenty minutes is enough to give any viewer whiplash. It quickly introduces characters that seem important before either killing them off or having them vanish mysteriously. There are hints at a big, bad villain pulling the strings, played by Robert Knepper. But Knepper’s menace is wasted once it is discovered he poses no real threat to Reacher and crew, and he only appears in two or three scenes at the most.

Arnold Schwarzenegger on Board for 2 Terminator Sequels

The film seems to forget, at times, who its leading man and title character is. It focuses too much on Turner and her career, trying to paint her as a badass female officer. That’s fine, except that Colbie Smulders just isn’t badass enough to play the part, and her scenes in the spotlight are spent wondering when Reacher would be back on screen. Never Go Back also stars Danika Yarosh as Sam, the third member of Reacher’s trio and his supposed daughter. While her performance as the angry teen and female Reacher protégé is convincing enough, she inevitably just weighs the cast down even more. Reacher is a character that thrives on solitude, and this fact, though addressed, is left by the wayside in favour of a large and bland supporting cast. 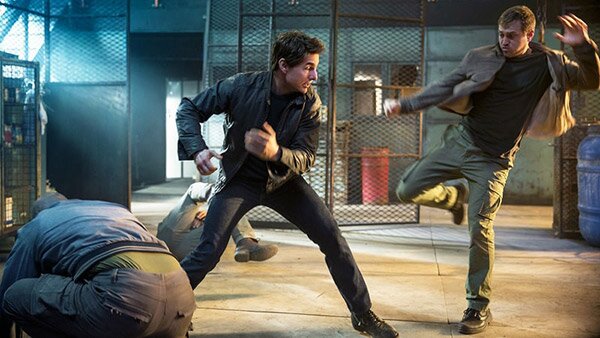 If you’re simply looking for a fun action movie with some good, old-fashioned fist fights and gunplay, Never Go Back won’t disappoint. There are, to be certain, some epic moments and great action sequences. Tom Cruise is great, as is to be expected. But for fans of the first film, and especially for fans of the book series, Reacher’s latest outing leaves a lot to be desired.

There is a line in a Jack Reacher book from 2006, called “The Hard Way”, that perfectly captures who Reacher is. As he crosses through fields and terrain in the dead of night, stalking his prey, waiting for a chance to strike, the scenario is repeatedly described as, “Reacher, alone in the dark,”. The solitude, confidence, and strength of Reacher is disregarded, and by forgetting who Reacher really is and what makes his character so strong, Never Go Back misses the mark.