One of the most popular TV shows of the ‘90s has made its anticipated and epic return, and, spoiler alert, it’s pretty darn good. I was going to say, “don’t listen to the critics who are panning it,” but I’m a critic, and you can listen to me.

The tenth season — if that’s what we’re really calling it — will consist only of six episodes, and, with that in mind, the first episode wastes no time in getting straight to the point. For major fans of the series, the 2008 film The X-Files: I Want to Believe was a major disappointment, mostly due to the fact that it had nothing to do with the series’ overarching story of alien abduction. But the first episode doesn’t make that mistake.

Fox Mulder’s (David Duchovny) familiar voice rings in the episodes, giving a brief overview of the entire series, and tells us that alien abduction has been the focal point of his life’s work and research since his childhood. It was at this point that I actually, literally, breathed a sigh of relief. For starters, the iconic theme song and original opening credits sequence was kept, in its entirety, which is a nice little touch of nostalgia. But also, I was so concerned that the new X-Files would dance around Mulder’s fascination of extraterrestrials in favor of something more modern. After all, the world isn’t in the throes of the post-Close Encounters of the Third Kind and E.T. alien phenomenon of the ‘80s and early ‘90s.

But the premiere episode doesn’t treat alien abduction as an outdated, craze of the past. In fact, one thing the episode does really well is tie the idea of extraterrestrial life to modern day conspiracy theory. This is done through a new character in the series, a professional fear-mongerer/conspiracy theorist named Tad O’Malley, played by Joel McHale. 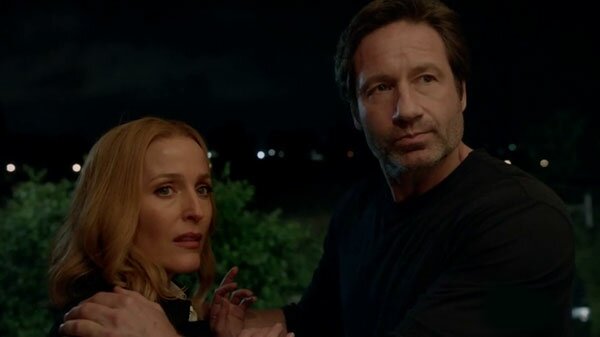 O’Malley reunites and approaches Mulder and Dana Scully (Gillian Anderson) regarding their experience with the paranormal as he seeks to find credible sources to back up his own theories about the otherworldly. As is to be expected, Mulder is right on board with the whole thing, and Scully is predictably hesitant and reserved. That is, until they discover a woman claiming to have given birth to multiple alien-human hybrids, and may be part alien herself.

This is the kind of weirdness that we’re used to, right? If the phrase “WTF” had existed when The X-Files originally aired, it surely would have been used to describe nearly every episode perfectly, as it does with this one.

In the end, though, Mulder comes to realize that all of his past experiences with aliens — the sightings, the abductions (remember that Mulder himself was abducted at the end of the seventh season), all the things he’s seen and heard — might not have been actual aliens at all. Sure, the aliens were real, at some point. They visited Earth and sought to aid mankind in technological advancement. But all the E.T. experiences since that time? They were, apparently, government sanctioned black ops experiments designed to test the viability of the American government using alien technology against its citizens. Still with me? It’s a cool thought, but surely we can’t just throw everything from the first nine seasons out the window, right? 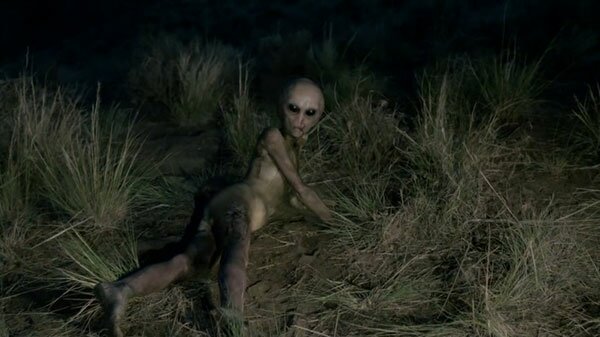 I get that the series is trying to stay true to its roots while also modernizing itself through conspiracy theory. But can we really overlook so much of the past seasons to support this modernization? Some things are explainable, but others less so.

You can say, “sure, when Mulder was abducted, maybe it was just government scientists performing tests on him, and he was made to think that they were aliens.” I’d support that. But what about, for example, the giant cavern of aliens that Mulder and Scully discover in the 1998 film? All government experiments, too? It’s a bitter pill to swallow, but I guess we’ll have to wait and see how this all plays out.

In the end of the first episode, the X-Files branch of the FBI is re-opened, which paves the way for the rest of the miniseries to follow the old format that longtime fans are used to. This format is the launchpad for the second episode, which is decidedly less exciting than the first, but still plays an important role.

If the first episode felt just like the alien episodes from the classic series, then the second episode feels just like the monster-of-the-week episodes that make up the rest of each season.

Once Upon A Time Season 4 Episode 6 Review: “Family Business”

In this episode, Mulder and Scully investigate the curious case of a man who violently killed himself after hearing mysterious sounds. While it doesn’t tie into the alien plot as much as the first episode does, it’s really great to see the two FBI agents back at it again, just like the old days. 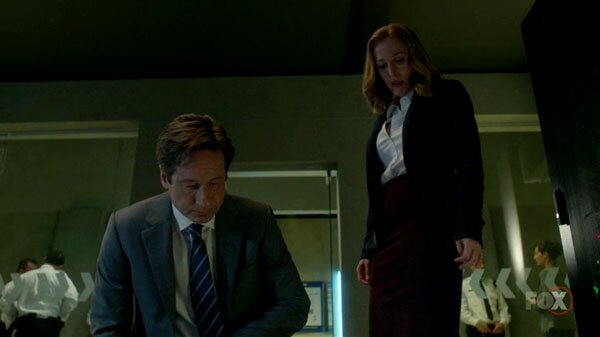 Throughout their investigation, they discover evidence that someone may be genetically altering children while still in their mothers’ wombs. This not only lends credence to Mulder’s new theory about government tests of alien properties (namely, the hybridization of humans and aliens), but also opens up a new avenue to explore regarding the special nature of Mulder and Scully’s son, William. Apparently, William was given up for adoption in order to keep him safe, but I guess we’ll have to see about that.

What we do know is that Scully’s pregnancy, back in the day, was a major event and was odd, to say the least. There is definitely something special about William, though we never really found out exactly what that was.

So, overall, how does the miniseries feel? A little bit strange, but mostly exciting. Seeing Mulder and Scully together is great, even if Duchovny plays his character with even more nonchalance than I ever thought possible.

I’m cautiously optimistic, and simultaneously nervous about the whole affair. I enjoyed the first two episodes, but with only four more to go, I really don’t think we have time to fiddle around with monster-of-the-week episodes. Time is the enemy here, especially when The X-Files couldn’t resolve its own plot adequately through its original run of nine seasons and a movie. But if Mulder and Scully can exhibit some haste in their investigation, I feel that a satisfying conclusion awaits us all. The truth is out there, and it’s only four episodes away.