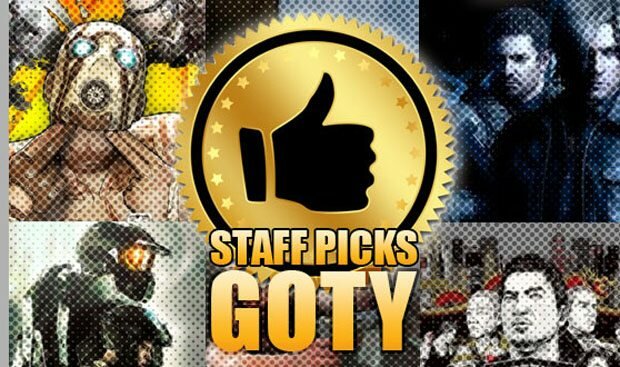 Welcome to our All That’s Epic staff picks for Game of the Year. This is the chance for our team to let you know what their Game of the Year choices were, along with revealing their Top 5 picks of 2012 that truly made this a remarkable year. 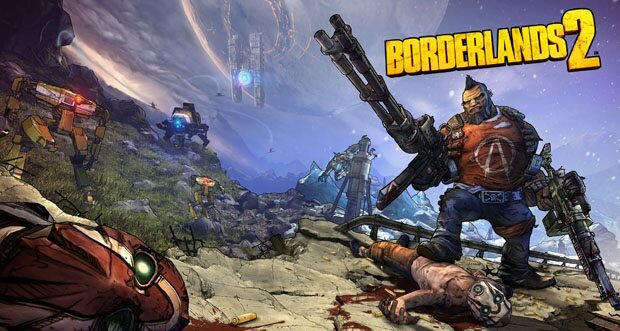 2012 will not be known as the year that the world ended, but for us gamers, it will be known as one of the greatest years in gaming. With a huge number of titles to choose from, and a ton that totally deserve to be Game of the Year, this was no easy choice. My choice for Game of the Year was the one game that I sank over 80 hours into with two playthroughs. I played it alone, I played it with friends, and I killed a lot of bad guys as I watched them bust open like piñatas and reveal a prize in the end. I will tell you nothing, and I mean nothing, could stand in my way of killing that highly entertaining boss at the end as he consistently made me laugh, while also calling me every name in the book. Once the smoke cleared and I was victorious in the end, I still returned in hopes of finding more incredibly rare loot and continuing the adventure once again with some friends. That game I speak of… is Borderlands 2. 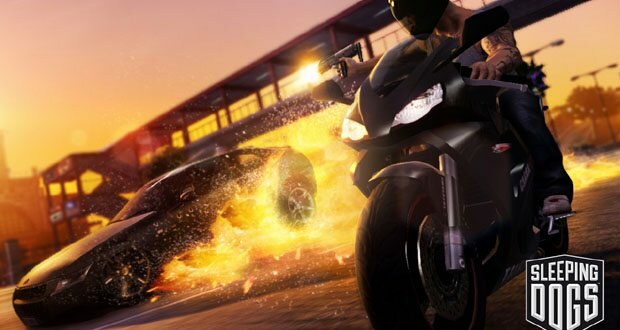 Sleeping Dogs has something for everyone: intense hand to hand combat, action packed gun fights, high speed vehicle combat, and an all-around immersive setting that puts the player right in the streets of Hong Kong. Whether you’re craving some over-the-top action or just want to cruise around the neon lit streets, you will never be without something to do. The game’s expansive recreation of Hong Kong provides a massive playground in which to complete a plethora of side missions, search for hidden collectibles, and unlock new uniforms and vehicles, while at the same time being blown away by the jaw-dropping visuals the game has to offer. Add in a wonderfully varied soundtrack and an environment that takes on a life of its own and you’ve got a winning formula that never stops entertaining. There is no shortage of fun to be had with such a versatile title as Sleeping Dogs, and that’s why it is my personal game of the year. 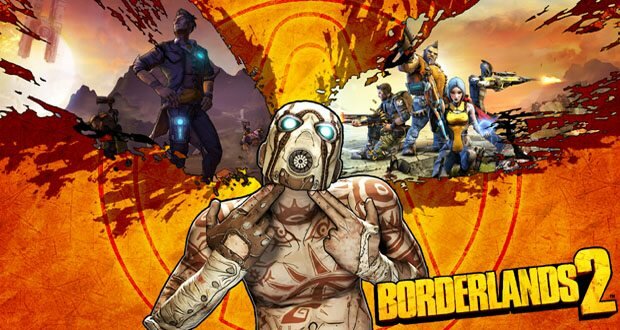 A game that’s called Game of the Year should be a lot of things, but above all else, it should be the most enjoyable game made. Borderlands 2 had stiff competition from a few titles when it comes to innovation, graphics and concept but where it separates itself from the pack is its consistent commitment to being a fun game. Other titles sold me through the boring parts with promises of a riveting plotline, a big fight down the road or raising my ranking, but Borderlands 2 never had to make those promises because it was a high octane, fun all the time sort of game. It just kept being entertaining. All too often it’s easy to forget that playing a game should not be work. It should be about relaxing. In that respect Borderlands 2 is without equal and stands as my Game of the Year. 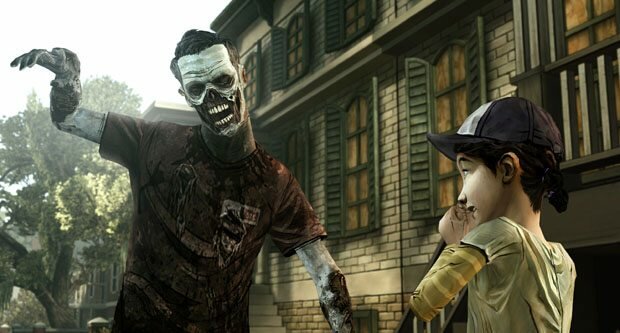 Did you ever think that surviving a zombie apocalypse would be easy? Well The Walking Dead will flip that idea into something else! The Walking Dead is a game full of hard choices, relationships, surviving, and of course, zombies! This is a game that proved to me that you do not need many elements to make a game great. This game thrives on a well written story that adapts to your choices and an excellent mixture of feelings rushing through every inch of your body. This game is a game that should be on everyone’s game list due to its unique rich offerings as an experience! 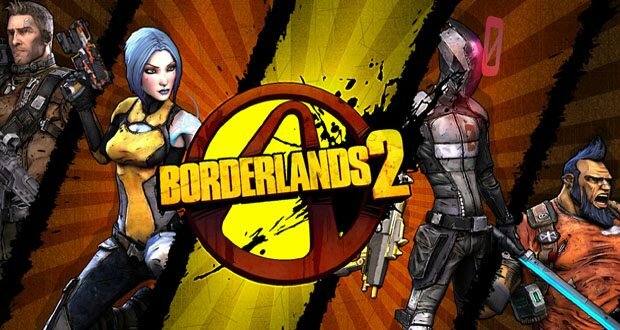 As we draw close to the end of this console generation, we have have not only allowed but accepted that a typical game’s length can be anywhere from 5-7 hours. Multiplayer can add a little bit more content, but for the less competive this makes a $60 purchase seem a bit ridiculous. Borderlands 2 bucks this trend, giving the consumer more than a full day’s worth of content for just one of three playthroughs with one of four unique character classes, along with high quality downloadable content that adds even more value. The cel-shaded graphics also promise that the game will still look good years from now while other games have already started to look old and dull. Throw in the fact that the game is just as enjoyable alone as it is with up to 3 friends and you have one of the best multiplayer and singleplayer experiences this year. I’m still playing it and have already made plans to play all new characters with some friends well into 2013. 2012 has been a great year for both new IPs and sequels, but when you consider the return for your gaming dollar, nothing comes close to Borderlands 2 which is why it’s my personal Game of the Year. 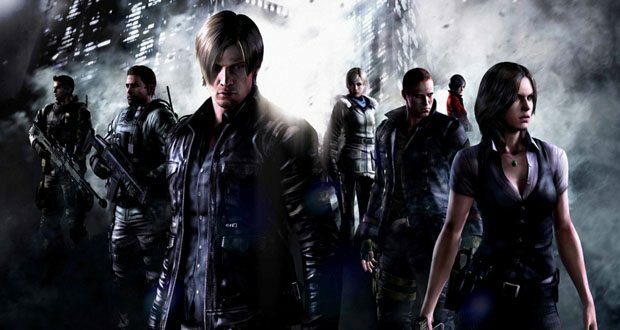 As a huge Resident Evil fan, I was so excited for Resident Evil 6 to come out. I was thoroughly impressed with how long the game was and how huge the replay value was. Each campaign was different but coincided with other campaigns which made it fun to play. The multiplayer is also fun to play with a few friends but the campaign is what really made the game amazing. Both story and visualization on the game totally won my heart from the beginning. Seeing all my favorite characters all grown up was a definite treat to a Resident Evil fan like myself. 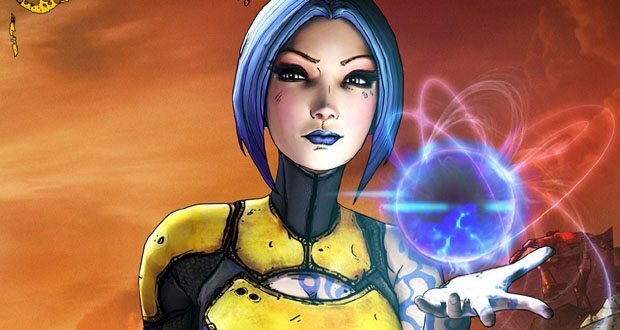 Borderlands 2 is my pick of 2012 because not only are the graphics vibrantly amazing but the story line has originality and characters that we happen to love from the first mission. Based off Borderlands, the second installment came out and become more interactive and player friendly. Borderlands 2 is also highly addictive and I can never seem to put the controller down! 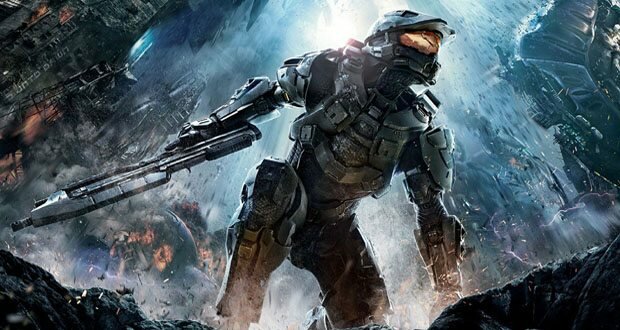 Halo 4 is by far the greatest title of 2012, 343 industries introduced everyone to a revamped saga. New weapons, new abilities, sound effects, and graphics provide players with a whole new Halo experience. This is my top game for this year not only because I’m a fan, but the effort put into living up to the Halo legacy exceeded all expectations. The next generation console will continue 343’s new and gleaming reputation, upholding the legendary Halo lore. Elites were brought back into the picture along with a new enemy engineered by the Forerunners, knights. This mix of familiar and unfamiliar revived that sense of discovery when first learning about the Halo universe. 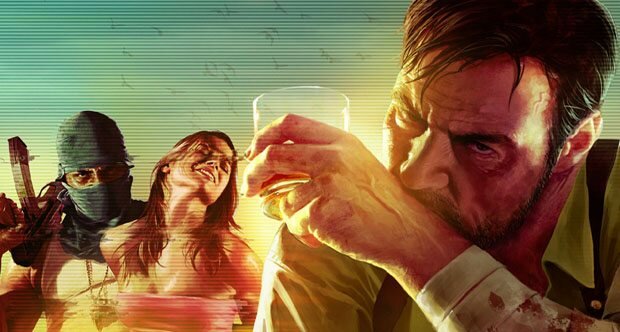 It’s been almost ten years since we saw Max Payne 2: The Fall of Max Payne, and fans have been dying for the next chapter in the troubled cop’s story. This past May their prayers were answered. People who were scared that Rockstar Games couldn’t deliver a true Max Payne sequel breathed a sigh of relief when the game was met with critical acclaim. The story, gameplay, and production values were much like the original games that sucked us in, but with noticeable improvements.

Make sure you check our Winner of All That’s Epic’s 2012 Game of the Year!