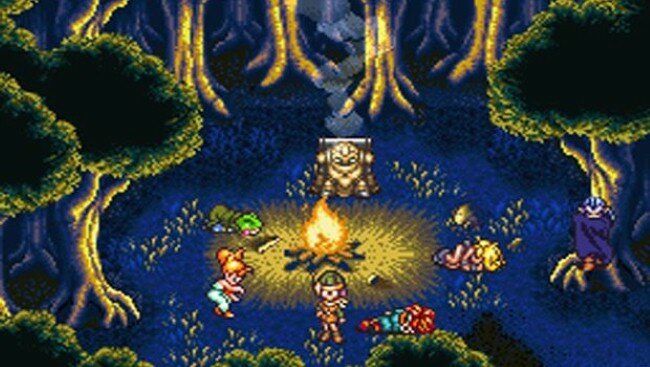 Every gamer has a beginning– a time when they picked up a controller and threw themselves into an alternate reality for the first time.  For many of us, Nintendo were the ones who allowed us to first experience such magic with consoles such as the NES, SNES, and Nintendo 64.  While their newest console, the Wii U, has had quite a rough beginning, we will always honor and cherish Nintendo for the classic games that they provided us.  But what better way to please Nintendo fans and Wii U owners than by remaking their favorite retro games or giving us sequels to those franchises that we so loved way back when?  Therefore, we have compiled a list of our favorite Nintendo classics that we are hoping will be given a sparkling Wii U reboot or sequel.  While some of these games may have been remade on other systems such as the 3DS, PS3, or Xbox 360, the Wii U’s gamepad really adds a whole other element to gameplay that truly makes it special.  So without further adieu, here are All That’s Epic favorite Nintendo games worthy of a Wii U remake or sequel! 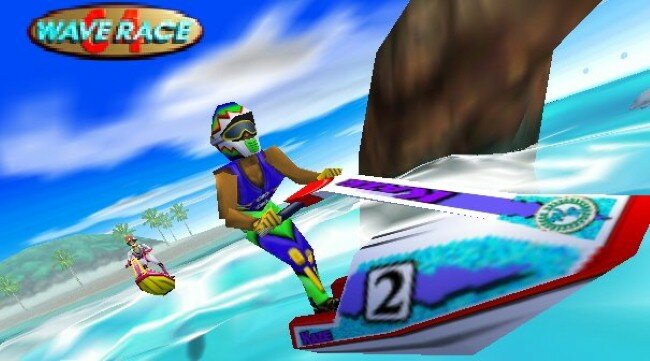 Although there was a sequel to Wave Race for the N64, the original could do with a bit of a dusting off and spending quality time with. Being able to race around with your friends on jet skis is too amazing and imagine it in HD! Jet skiing is awesome in real life, but playing it without the danger is just as fun. Maybe Nintendo could add in new features for the Wii U while they’re giving it an HD remake… if they ever do, that is.

Chrono Trigger is still being named one of the best video games of all time and seeing a Chrono Trigger sequel would make many people jump for joy, especially us. There hasn’t been a release since Chrono Cross, and Nintendo did re-release Chrono Trigger on the 3DS, but it would be really cool to see a brand spanking new game for the series. There have been many different ports for mobile devices but there’s no game for the Wii U, which would be completely welcomed with open arms. RPG’s are always well suited to the Wii U as it opens up a lot more room for freedom, so now the time has come to add another game to the ever-loved, popular series. 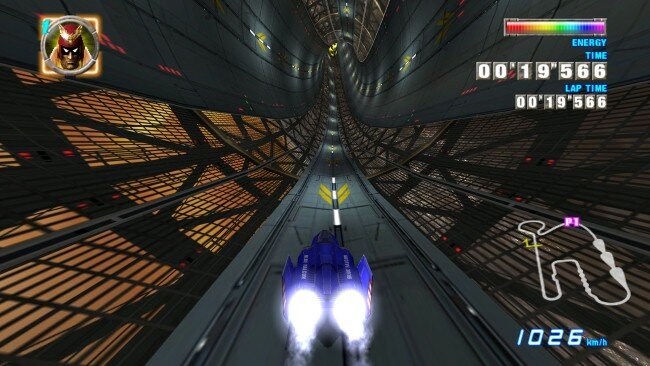 Playing F-Zero as a kid was one of the best experiences ever and I think it’s about time that we saw an HD remake. Having  one could take on newer games like Mario Kart and even introduce the younger generation to our older racing games, which would be incredible. Bringing the futuristic designs to a HD console would not only look amazing, it’d bring a different and fresh new look to the racing scene. 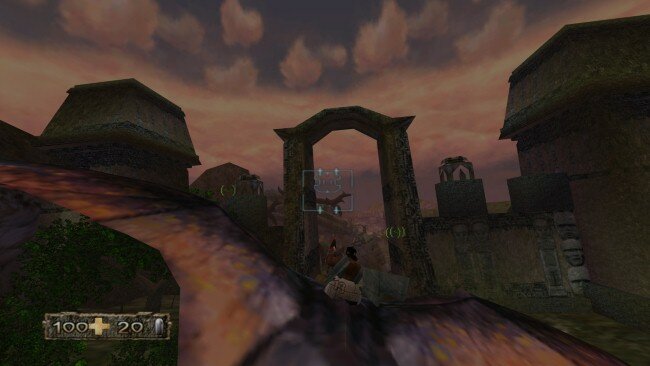 The last Turok game we saw for a Nintendo system was Turok: Evolution.  The series was originally a Nintendo exclusive, and it’s time it came back home. It may have been released on PS3 and Xbox 360 back in 2008, but us Nintendo homeboys also want a piece of the sweet dino hunting action! Don’t forget about us! Super Mario 64 was one of the best Mario games that has ever graced our consoles. There may have been a lot more Mario games that have been thrown at us since its release, but it would be spectacular to have a true Mario 64 sequel in the future. Replaying through the world of Mario 64 wouldn’t only be spectacular; it would also bring back the older generation and let us revisit fond memories with a new adventure on the horizon. Even the thought of it makes butterflies flutter in our bellies. 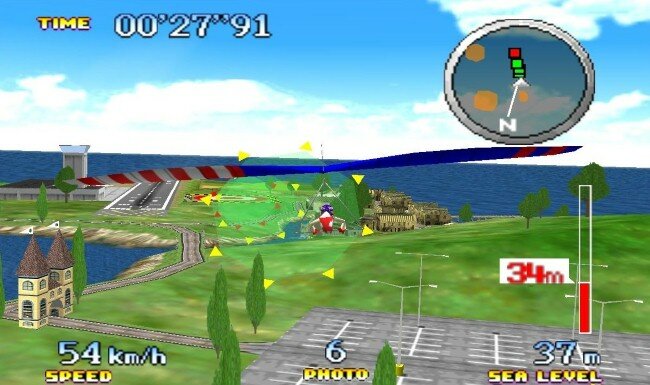 The original Pilot Wings for the SNES was a simple, yet incredibly fun game. Gaining pilot licenses has never been more fun than with Pilot Wings! There was a sequel released on the 3DS, but we would love to see a HD remake of the original Pilot Wings for the Wii U. Flying planes in HD with the Wii U controller? Yes please! It could be more complicated and take an idea from the upcoming game, Project CARS, which implements real controls into the controller for more advanced maneuvres. Who’s saying that it wouldn’t be awesome? No one, that’s who. 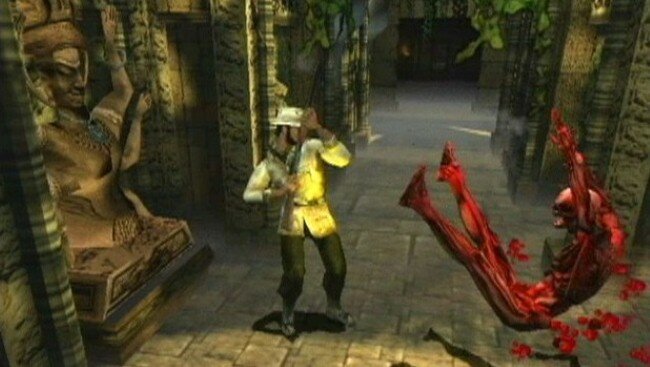 Eternal Darkness has been named by some as one of the most creative and scariest games of all time and it was exclusive to Nintendo. There have been many questions about a sequel to Eternal Darkness, including one for the Wii U, but we’re still waiting. The immersive storyline wasn’t the only thing keeping us playing, but the environment it sets while playing. You get completely sucked into the virtual world and it would be so cool to see what kind of new sanity effects they could use for the current gen. The Wii U is missing some good horror games in its library and perhaps a comeback from Eternal Darkness is needed to revamp the horror genre. Either way, fingers crossed guys! We can only dream and hope that our pleas reach Nintendo somehow.

The Legend of Zelda: Majora’s Mask

I don’t think we need to explain why this is on the list. Majora’s Mask is considered to be one of the greatest Zelda games of all time, and it seems like Nintendo is quite prepared to remake  fan-favorite Zelda games.  After giving Ocarina of Time the 3DS upgraded treatment, proving to be a huge success with a large amount of praise from Nintendo and Zelda fans everywhere, it has been confired that Majora’s Mask will also receive a remake, and we cannot wait! 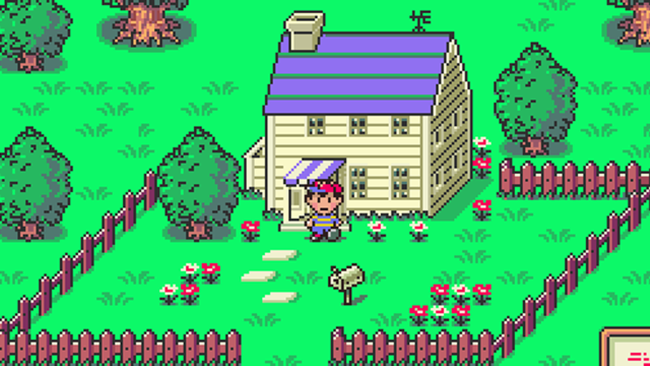 Earthbound is considered to be one of the greatest RPG’s of all time, and yet it still hasn’t been given a sequel or HD remake. Something seems a bit wrong here. One of the greatest RPG’s has kind of been forgotten about, and that’s really upsetting! The RPG scene is slowly slipping down the pan and it’d be really nice to have your hands back on a solid game as unique as this one with improved graphics and gameplay. It has been put on the Wii U Virtual Console, but a HD remake wouldn’t go a-miss, would it Nintendo? 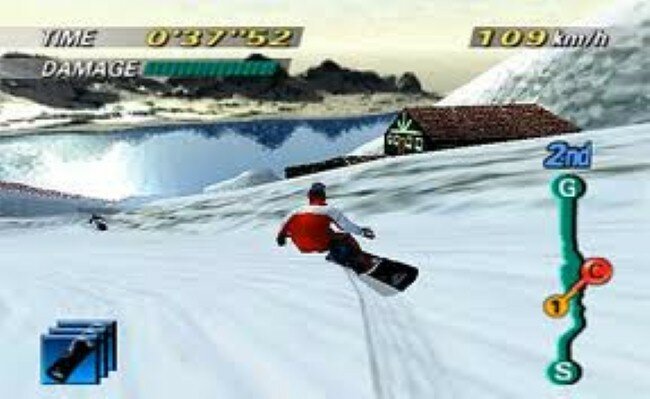 1080 Snowboarding was in our opinion, one of the best snowboarding games ever. It was really entertaining to play and we’re positive that a second game would be just as good. With the Wii U gamepad, it opens up more changes and possibilities for the controls and gameplay which, let’s face it, is always a bonus. Being praised as one of the most realistic snowboarding games on the N64, we can only imagine what it would be like on the Wii U. Also, with the multiplayer option it can bring in more fun than having a slinky toy race down a flight of stairs with your friends, which is hard, trust me. One of the classic NES games that would be perfect for a sequel is definitely Ice Climber. We’ve seen the Ice Climbers appear in other games such as Super Smash Bros but they haven’t had their own game for a long time. It’s a bit overdue, and now that the Wii U is on the market, it’s a perfect opportunity. With the consoles unique features, it would really be one of the best times to clean off Ice Climber and release a remake or a sequel. The Climbers deserve some ‘Me’ time, don’t they? 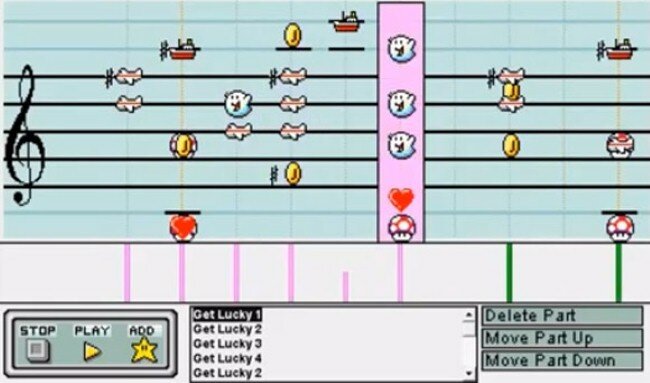 Mario Paint was such a simple idea, but ended up being way too fun to put into words. It even came with a little mouse to plug into the SNES but now because of the Wii U gamepad, bringing Mario Paint onto the Wii U would make it a lot easier to use and have more fun with. Creating more intricate drawings with Mario…. sounds like a really good idea for a TV show does it not?! But I digress; Mario Paint would be epic on the Wii U– a good time-wasting, endlessly fun game for everyone… literally. 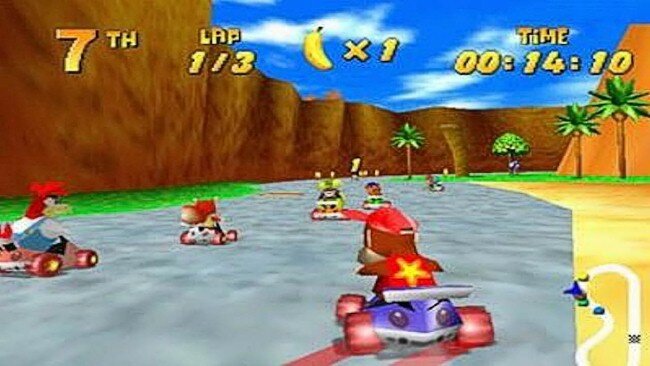 Diddy Kong Racing was a really fast seller for the Nintendo 64. Along with Mario Kart, which has had many new releases, it really sucks that Diddy Kong Racing hasn’t had a sequel along with it! Many hours were lost playing Diddy Kong Racing and I’m sure if there was ever a HD remake or sequel, more hours of our lives would be lost to this game. Diddy Kong is kind of the unsung hero of Nintendo; he’s so underrated between us gamers. He needs his own series and this would be the best thing for the newer consoles too. Another karting game but with a different mascot would be a refreshing change.

And so, this is the end of our almighty list! Here’s to hoping we get old games given to us as brand spanking new remakes or a few sequels in 2014 and in the years to come. If we haven’t forgotten about the old treasures, we’re sure Nintendo hasn’t either. Keep your fingers crossed and keep dreaming that maybe, if we’re lucky, we can eventually be playing these beauties on our screens once again.