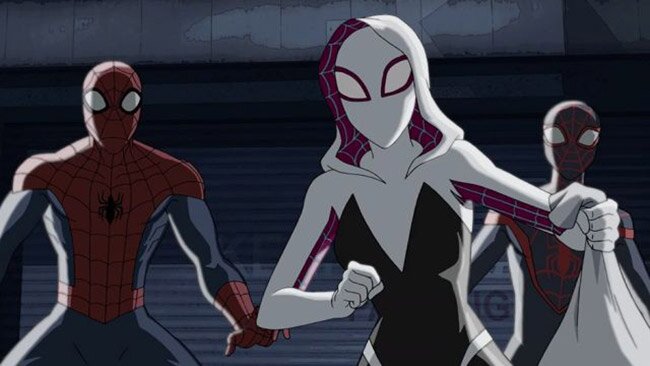 Marvel’s Ultimate Spider-Man is getting a special appearance from a fan favorite character! Spider-Gwen, the badass alternate version of Gwen Stacy, first appeared in the comic book Spider-verse storyline. She has since gained a huge following of her own, including her own spinoff title.

Spider-Gwen will debut in the final episode of the show’s four-part story arc, “Return to the Spider-Verse.” The character will be voiced by Dove Cameron and will be joined by several other Spider-Man incarnations, including Blood Spider(Ben Diskin), Wolf Spider(Christopher Daniel Barnes), Web Beard(Will Friedle), Webslinger(Troy Baker) and Spider-Man Noir(Milo Ventimiglia).

READ: This Spider-Gwen Cosplay Gets the Spidey Senses Tingling

“Return to the Spider-Verse: Part One” debuts Saturday, August 27 at 8:00pm ET/PT on Disney XD. Part Two airs on September 3, with Part Three on September 10 and the final part on September 17th.