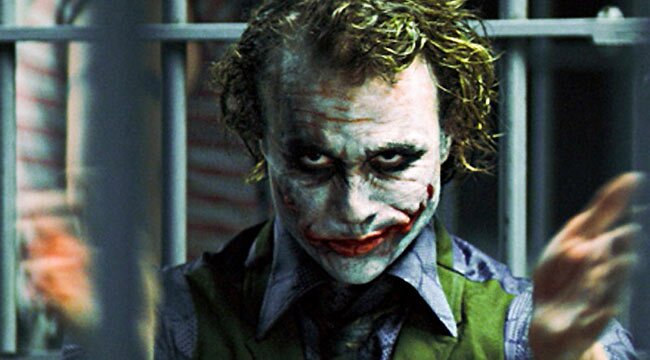 The Dark Knight: SDCC “Joker in the Box” Exclusive Revealed

Earlier today, Entertainment Earth unveiled another in their plethora of exclusive toys coming to San Diego Comic-Con in July – a “Joker in the Box” in the likeness of Heath Ledger’s Joker in The Dark Knight. Check out the pictures below!

A Descent Into Madness: 75 Years of The Joker

“Inspired by THE JOKER™ costume design and make up from the hit 2008 film The Dark Knight™, this highly collectible Jack-in-the-Box features a detailed plastic head, sculpted by 3D Systems a.k.a. Gentle Giant, with a fabric body. The Joker cards marked with “Why so serious?” and “HA HA HA” scribbled manically decorate the outside of the tin, which measures 5 1/2-inches tall x 5 1/2-inches wide. Limited to only 3000 pieces, this Entertainment Earth Convention Exclusive is individually numbered with a holographic sticker. Ages 14 and up.”

Highly-motivated Comic-Con attendees can attempt to get their hands on these individually numbered and limited edition gems beginning on July 20, 2016 at the Entertainment Earth booth #2343 at San Diego Comic-Con.